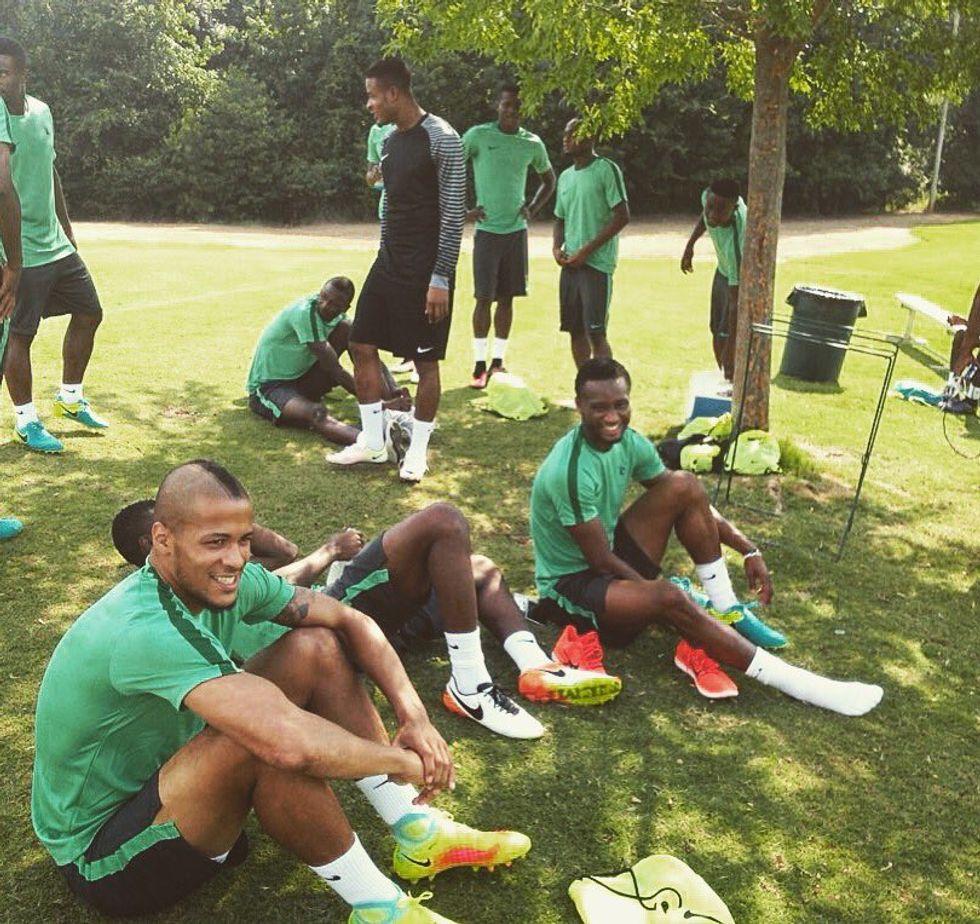 A Japanese plastic surgeon has offered $30,000 to each player of Nigeria’s football squad if they can win gold in Rio.

Rio 2016 has been a rough ride for Nigeria’s football team.

Financial woes have plagued the team’s gold medal ambitions. The football team had barely made it to Rio for their preliminary match against Japan over a flight payment mix-up. Then the Nigerian athletes showed up in track suits for the Opening Ceremony because their official outfits didn’t arrive in time, which caused Nigerian-American blogger Awesomely Luvvie to mtchew .

Just last week, Chelsea star and team captain Mikel Obi had to cough up $4,000 to to secure his team’s release from a Sao Paulo hotel that held them at ransom over unpaid bills. They barely caught their flight Salvador.

Now word is two alternate players Stanley Dimgba and goalkeeper Yusuf Mohammed alongside the team’s media officer and coordinator Timi Ebikagboro have been sent home Monday over the financial burden of housing and feeding non-essential players, which contributed to the Sao Paulo holdup.

"We said they should send them back home if they could not take care of them (players and officials)," a Football Federation spokesman for Nigeria says.

To boot, it’s been two long decades since Nigeria’s football squad made Olympic history as the first African team to win gold medal in Athens, Georgia.

Enter renowned Japanese plastic surgeon Katsuya Takasu who has taken pity on Nigeria’s team after hearing about its financial hardship. He has pledged $30,000 to each player if they can grasp gold, $20,000 for silver and $10,000. That’s quite a payday.

"I am not doing this for media attention but to motivate a team with an indomitable spirit. I fell in love with the Nigerian team because despite all these problems they are in the quarter-finals of the Olympics," Takasu tells BBC Sport. "Whether they win or not, I will still donate something to help alleviate the challenges in paying their bonuses and allowances."

Hopefully, Nigeria can triumph over Germany in Wednesday’s semi-finals, which would make all their financial woes worth the weight.