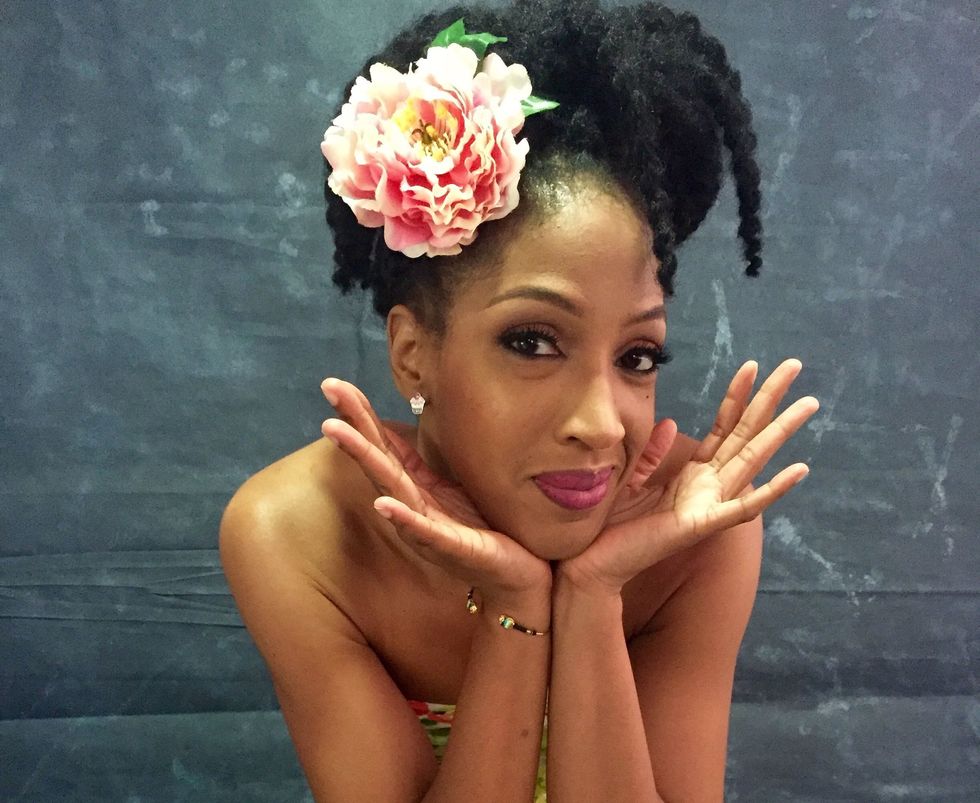 For our travel diary series, Enuma Okoro shares some of her favorite Paris hideouts she stumbled on by wandering the city.

DIASPORA—June is “No Borders” month at OkayAfrica. That can mean a lot of things and we’ll get to that, but one thing we wouldn’t want to miss out on is the sheer joy of travel. So, to honor the carefree black traveler we’ll be posting new photo diaries from a wide range of African and diaspora super-travelers of their favorite places and why.

Enuma Okoro is a Nigerian-American award winning writer, public speaker and communications consultant. The author and editor of four books, her work focuses on culture and identity, and has been featured on NPR, in The New York Times, The Atlantic Monthly, The Guardian, CNN, Quartz Africa, The Washington Post and more. She has given over 55 public lectures and seminars and moderated at universities, organizations and corporate institutions, and conferences across Africa, the USA, Europe and Australia. In 2014 she became the first woman of African descent (and the second black person, the first was Martin Luther King Jr. in 1965) to preach from the 200-year-old pulpit at the historic American Church in Paris, France. Just over two years ago she relocated to Nigeria after a lifetime overseas.

Below Enuma Okoro shares with us her love of traveling and how she likes to explore a city:

My great-great grandfather was an Italian merchant from Sicily who sailed to the West coast of Africa and met and married my Nigerian great-great grandmother. I myself grew up between five countries on three continents. And this year I had the opportunity to split my spring between three spectacular cities—Paris, Los Angeles and New York. Crossing boundaries is practically in my bloodline. Traveling, whether within my current home country of Nigeria or across oceans internationally, reminds me that there are so many equally valid perspectives on how to see and understand the world. So often we imagine that the cultural attitudes where we live are the primary ways of engaging life. Yet it is always an invaluable experience to travel away from the familiar and to see the world through the lens of other people’s customs and traditions.

When I step into a new city or country the first thing I want to do is walk the streets without a map. Walking gives me a more intimate feel of a place, like exploring a lover’s body by hand. In a foreign city I walk to find what I don't even know I am looking for. I walk to let the city reveal itself to me. It’s like listening before you speak, trying to get a sense of what exactly it is you might respond to.

The first time I stepped into Paris I fell in love. Within two days I knew I had found my spirit city, a place dripping with sensuality and offering an endless invitation to engage my senses in a full embrace of life. I also knew that until I could figure out a way to live there I would visit as often as I could. That was ten years ago. I return to Paris on a fairly regular basis and although I’ve walked the city enough times to know where I’m going without a map I still always try to find a new way to befriend her. This time round I spent the month of March in the City of Lights. I knew in advance it was a schizophrenic time of year to visit. It would be mostly grey and rainy in the somewhat dreary space when winter is grasping to hold onto her last vestiges of life and spring is struggling to push through to brighter days and teasingly warm afternoons. But I was going for work and also strongly believe that Paris at any time of year is a good idea.

Peeping out the window of the Bachaumont Hotel in the 2nd arrondisment. Photo by Enuma Okoro.

I stayed in the 7th Arrondissement on Avenue Jean Nicot, just across the Bateaux Mouches along the Seine River on Quai d’Orsay. My days took on an easy rhythm of their own. Each morning I’d walk down a few blocks to Nelly Julien, the boulangerie/patisserie on Rue St. Dominique that I’ve been frequenting for the last 5 years. I never ever watch what I eat while in Paris. Life is too short for that. So it’s pastries and fresh bread every day! Then back to my apartment for coffee and several hours of reading and writing.

My beloved Nelly Julien. We've been in a relationship for 5 years and counting. Photo by Enuma Okoro.

Since Paris is not a new city for me and I’ve done a majority of the museums and “must-sees,” I decided to create my own “Paris Must See” for this trip. Afternoons and evenings were spent walking along the Seine and traipsing through neighborhoods scouting out varieties of lilies and roses and buttercups.

Inside Arom. Photo by Enuma Okoro.

My self-created travel theme turned out to be flowers! I love flowers and Paris is full of them. So I decided to take time to find the most beautiful flower shops in Paris. I walked for hours each afternoon letting the city guide me as it would, taking pictures not of famous paintings and tourist sights but rather photographing the beauty I found in food, neighborhoods, random wall murals and yes, flowers!

"Macaroons, the little French biscuit cake, are almost more fun to look at than to eat."

"Parisians relish their little cakes as much as baguettes and croissants. Baked fresh and sold out almost daily."

"Another gorgeous florist, L'Artisan Fleuriste on Rue Vieille du Temple is just a hop around the corner from one of my favorite museums, the Picasso Museum in Le Marais."

"This stunning flower arrangement inside l'Artisan Fleuriste reminded me of a meteorite explosion."

"Eric Chauvin is the haute couture of florists catering to the likes of Dior and Prince Albert of Monaco. His first shop opened in 2000 just a few doors from my beloved Nelly Julien patisserie."

"A rhubarb and blackberry tart from Nelly Julien Patisserie on Rue St. Dominique in the 7th Arrondissement."

"Et finalement, because no Paris trip is complete without a photo of la Tour Eiffel."