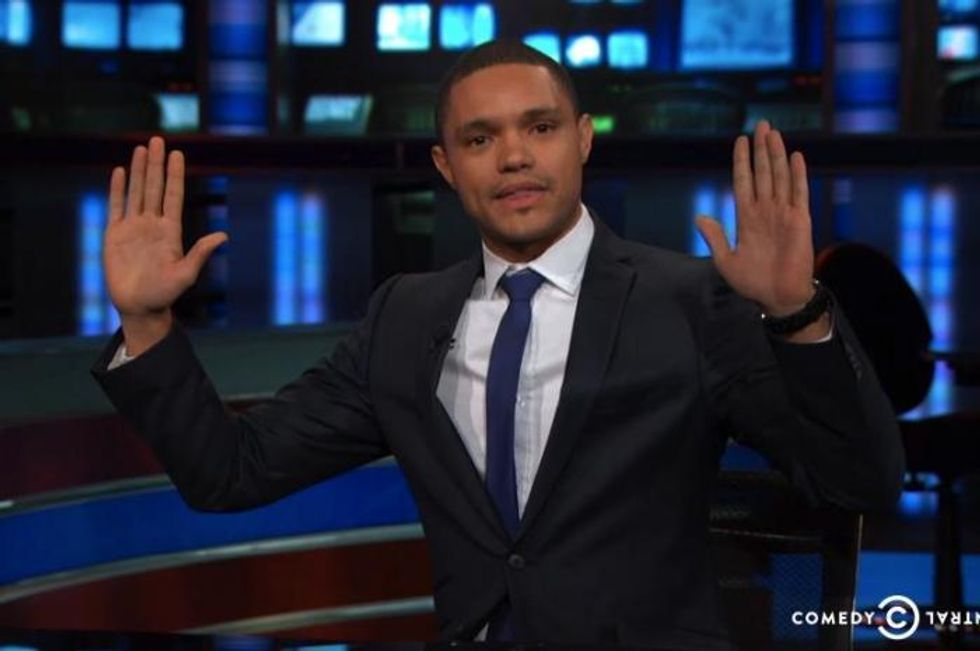 Last week, Jon Stewart introduced the latest correspondent to The Daily Show, Johannesburg-born comedian Trevor Noah. Noah, who coincidently was also the first South African comedian to appear on The Tonight Show, debuted in a hilarious and spot-on segment called "Spot The Africa," which had him and Stewart riffing on race, police shootings and the oh-so-tired misconceptions about Africa from the West. Noah, who's one of the most sought after media personalities in SA, typically draws on his bi-racial upbringing in pre and post-apartheid South Africa for his material. Watch Noah and Stewart's "Spot The Africa" segment below.

Tonight I lived a dream. Thank you Jon Stewart and @TheDailyShow and everybody that watched. pic.twitter.com/EdWDJCseVi