Trevor Noah May Be From South Africa, But He Says He's No Outsider In The U.S. 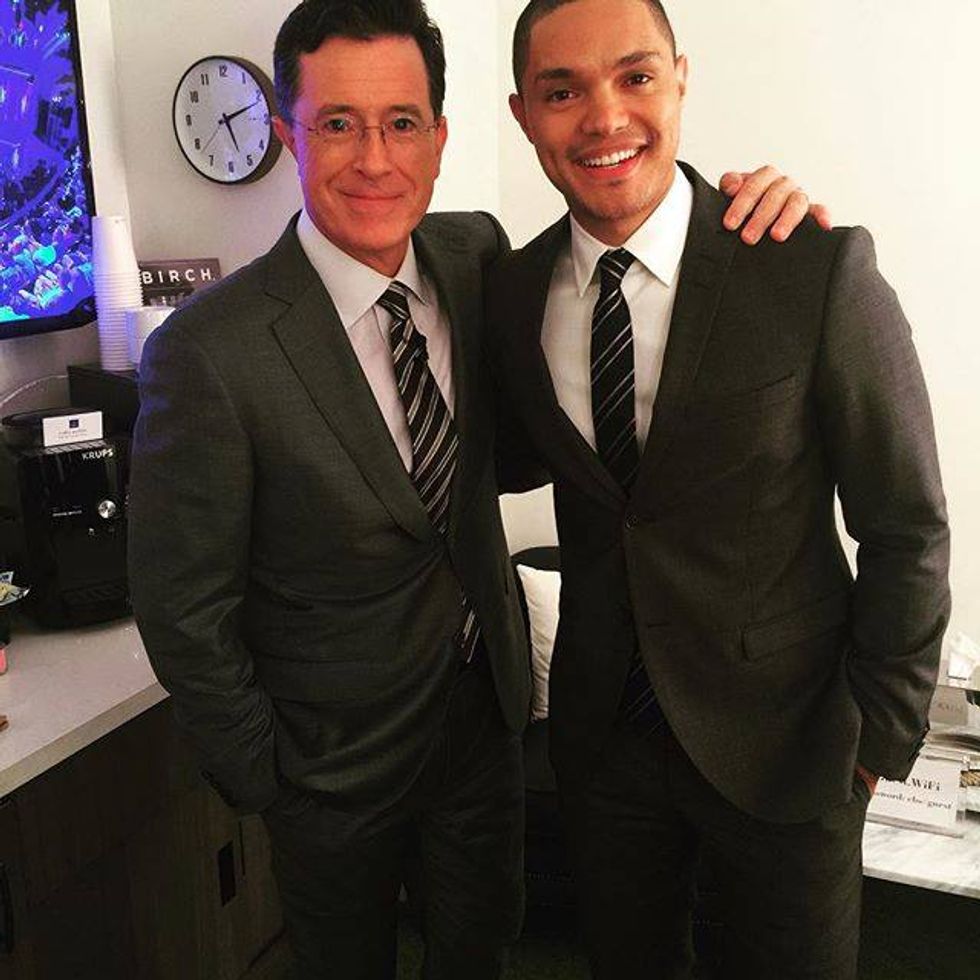 Trevor Noah appeared on The Late Show last night, where the South African comedian spoke with Stephen Colbert about a variety of topics, including Jon Stewart's "Jewish Yoda" advice, his prior talk show hosting duties in South Africa, his not quite "outsider's perspective" and this week's GOP debate.

For the second time as a late night guest this year, Noah was asked to reflect on South Africa's pre-democracy comedy scene. Was there already a tradition of satire in South Africa when Noah first got his start in comedy? Could South Africans make fun of the government and get away with criticizing the people in power, Colbert asked. "Yeah, you could around 10, 11 years ago, you could," said the 31-year-old comedian. "1990 was when it tipped over, that's when it went from jail to, 'okay that's a joke.'"

Colbert also asked the new Daily Show host whether the program would have more of a global focus given that Noah "is from other places in the world." Noah's reply resulted in what we presume is the first-ever mention of Zambia on Colbert's Late Night:

"You know what's funny, everyone asks me that. They go, 'As an outsider, is the show going to going to have an outside...' But you know, I'm an outsider in that I've come from a place, but I'm not an outsider. I live here. I live in New York. I suffer the same things that people suffer through here. I pay taxes, and I would like the money to be used in a good manner. So if I'm in a pothole, like if I'm driving through New York and I go into a pothole, I'm not going, 'Oh you know as an outsider, that pothole affected in a certain way.'" "But you gave that pothole a global perspective," added Colbert. "That's the key, that's the key," responded Noah. "So I go, 'Not as bad as the potholes in Zambia. But a pothole nonetheless.'"

Noah also shared his thoughts on Wednesday night's Republican debate. “It was three hours and ten minutes and no one said anything," he told Colbert.

The Daily Show with Trevor Noah premieres on Comedy Central on September 28th in the U.S., and September 29th in Africa. Watch Noah's full appearance on The Late Show with Stephen Colbert below.