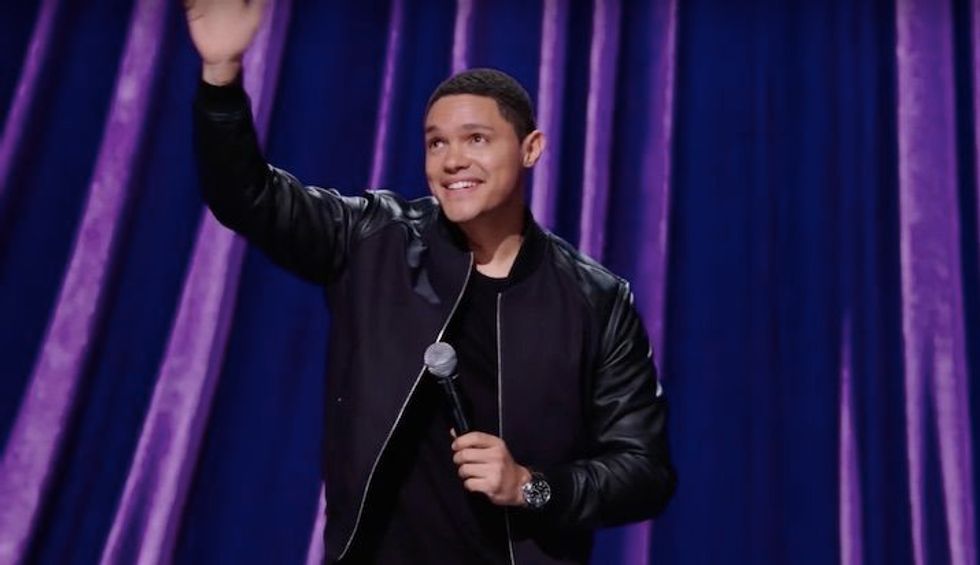 The host of The Daily Show, delivers politically-charged comedy in his new stand-up special "Afraid of the Dark."

When he's not busy hosting The Daily Show, you can find Trevor Noah on-stage, humoring audiences with his stand-up routines. His latest special, Afraid of the Dark, was released yesterday on Netflix.

Judging from the trailer, it looks like Noah delivers the same playful yet politically-charged comedy that he's known for serving on late night. The clip shows him quipping on everything from the rise of nationalism to President Obama's swagger.

For those mostly familiar with Noah from The Daily Show, Afraid of the Dark will be an introduction to the comedian's stand-up chops.

Watch the trailer below, and catch the full show on Netflix.