Twitter Reacts To the News of O.J. Simpson's Parole 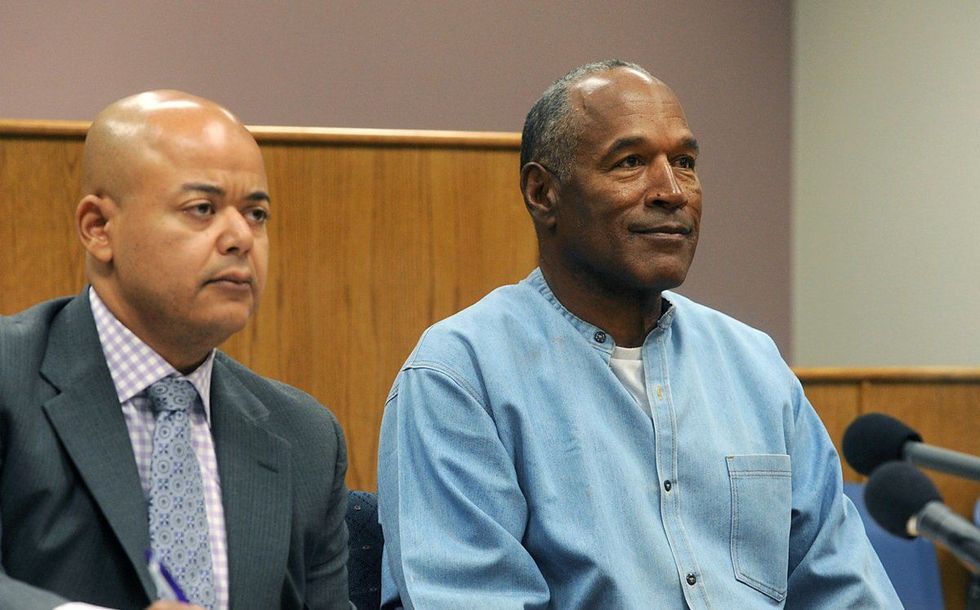 DIASPORA—O.J. Simpson has been granted parole and will be released from prison as early as October,

The former NFL player—who was infamously acquitted of a double homicide in 1995—will be granted freedom after serving 9 years in prison for a Las Vegas robbery in which Simpson and a group of men attempted to steal back sports memorabilia that he believed was taken from him a decade earlier.

His parole hearing took place earlier today, and was broadcast live on ESPN. "I was always a good guy, but could have been a better Christian, and my commitment to change is to be a better Christian," said Simpson while pleading his case.  had some problems with fidelity in my life, but I've always been a guy that pretty much got along with everybody,"

According to ABC news, the 70-year-old was granted parole by the board for the following reasons:

Simpson has no or minimal prior conviction history, he has stable release plans, he has community and/or family support, he has a positive institutional record, he participated in programs specific to addressing behavior that led to incarceration, and his victim is in support of his parole.

The news Simpson being released after serving only a quarter of his 33-year sentence is shocking, yet somehow completely unsurprising given how weird 2017 is.

Folks on Twitter have been reacting to the news since it broke.

2017: "If the case is old, you must be paroled!"#OJSimpsonParole

"I'm not a guy who lived a criminal life." #OJSimpsonParole https://t.co/u17zYLQ6lw

OK then... Black folks get ready for random white folks to start conversations w/ you like "CAN YOU BELIEVE THIS OJ THING?" #OJSimpsonParole

OJ has been granted Parole #OJSimpsonParole. This dude needs to lay low and live life till he passes. Get involved in church let Jesus work

OJ beat the justice system twice.. This is ridiculous. #OJSimpsonParole

#OJSimpsonParole OJ walking out and seeing all the documentaries recently made about him pic.twitter.com/qo1lL3ISIm

Me: I need to mind my business