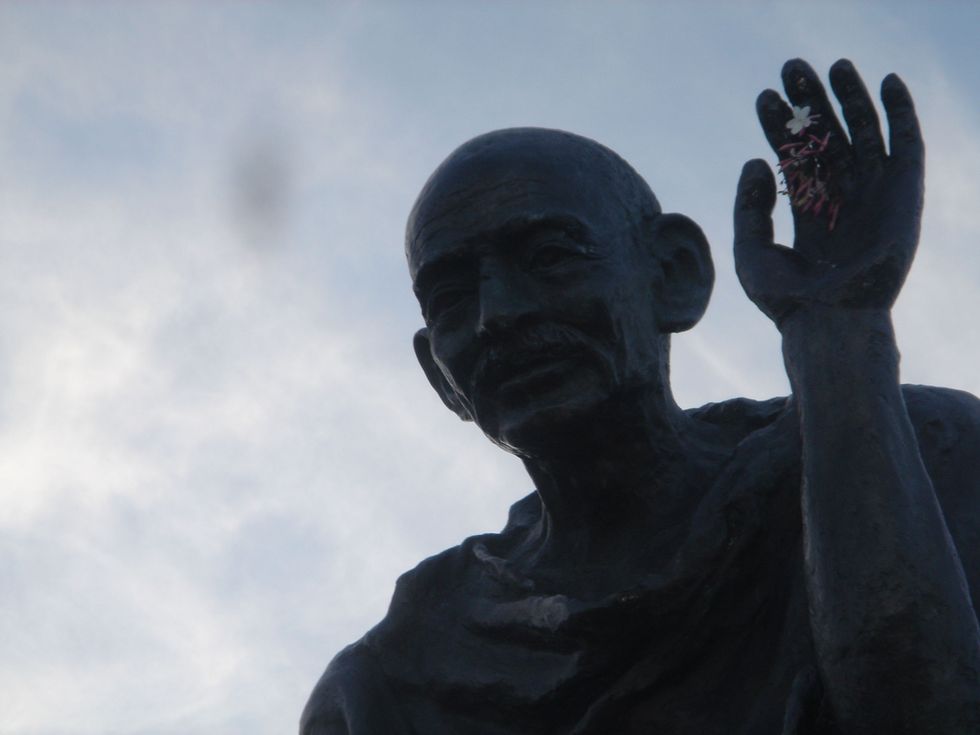 Concerned petitioners ask the University of Ghana to erect statues of African heroes and heroines instead of Gandhi—who was a racist.

Petitioners consisting of concerned academics from the University of Ghana succeeded in their call for the institution’s council to remove a statue of Gandhi from their campus.

“We are pleased that the Ghana Ministry of Foreign Affairs and Regional Integration has indicated that it would ‘want to remove the statue of Mohandas Karamchand Gandhi from the University of Ghana campus,’” the petitioners say in their response.

Gifted and unveiled on the university’s Legon campus by India’s President Pranab Mukherjee in June as a symbol of friendship between the two countries, professors and students didn’t take a liking to this exchange for the obvious—Gandhi’s racist ideals that his pacifist advocacy shielded.

“Based on Gandhi's own writings, he clearly embraced a hierarchy of the races with whites at the top, followed by Indians (as part of an Indo-Aryan alliance), then coloureds, and with blacks (kaffirs) at the bottom,” the petitioners note. “To say that what Gandhi wrote about Africans was merely an indication that he was a product of his time would be to do injustice to the many anti-racism/anti-caste scholars and activists of Indian and African descent of the same era.”

#GandhiForComeDown: The will of the ppl comes primary & must prevail. If he is not seen as a hero by Ghanaians, then he must come down..

The petitioners now urge the Council of the University of Ghana to consider their request to have the opportunity to fundraise to erect statues of Ghanaian and African notables that have yet to be present on their campuses.

“We are of the view that if there should be statues on our campus, then, first and foremost, they should be of African heroes and heroines, who can serve as examples of who we are and what we have achieved as a people,” the concerned states in their original petition. “In a context where our youth know so little about our own history, such statues can serve as an opportunity for such learning to occur. Why should we uplift other people's 'heroes' at an African university when we haven’t lifted up our own? We consider this to be a slap in the face that undermines our struggles for autonomy, recognition and respect.”

“...We are pleased that the statue will be (temporarily?) relocated and that the Council of the University of Ghana, to whom we directed our petition, has indicated that it will consider our petition for the statue’s removal at its next meeting.”