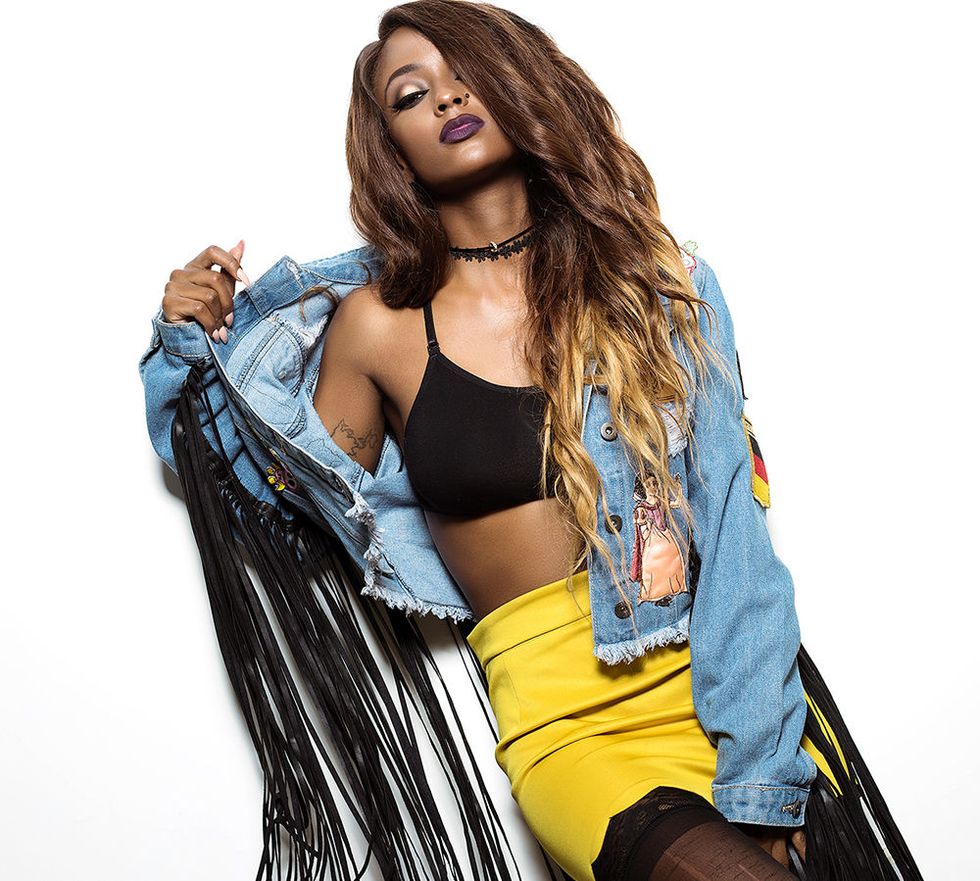 Vanessa Mdee or "Vee-Money" as she is known by her fans, is an East African pop star, songwriter, television and radio host. She was born in Arusha, Tanzania and has become a continent-wide influencer with over one million Instagram followers.

Within one month of launching her YouTube channel, all of her videos reach at least 1 million views. Although she began in entertainment as a media personality, it wasn’t until the passing of her father that she began to explore her musical options. In 2011, Mdee was invited to sing the anthem to the TUSKER CECAFA Cup. After her performance caught the interest of label execs, she was signed to BHitz Music Group Team as their first female artist.

Mdee sings over her upbeat dancefloor hits in both Swahili and English. She is best known for being the first Tanzanian MTV VJ, and the first female artist to have her first hit single,

In October 2016, Mdee graced the stage in NYC as one of the openers at the Sauti Sol show presented by OkayAfrica at the Highline Ballroom.