What the Hell is Going on in Victoria Kimani's New Song, 'China Love'? 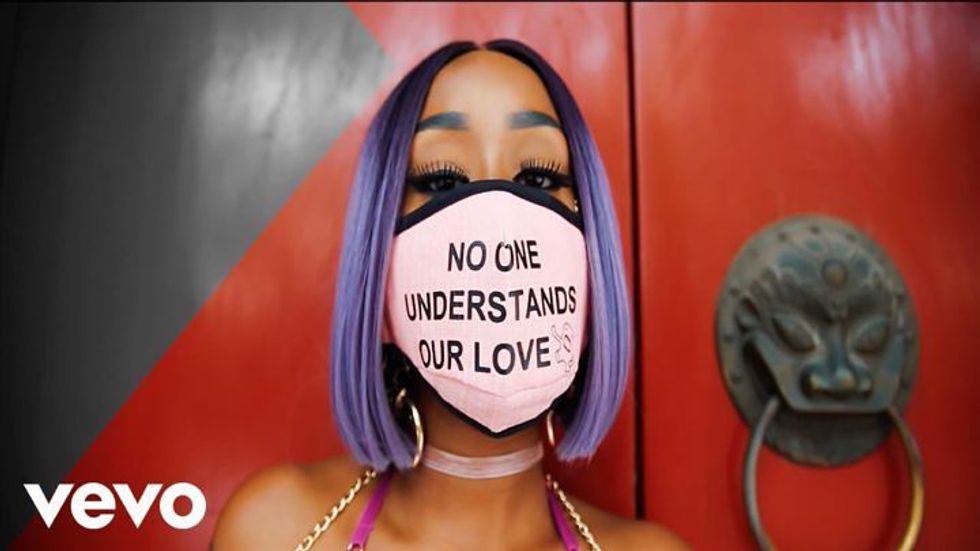 Victoria Kimani's latest song and music video for "China Love" plays with some pretty outdated stereotypes. But is it good?

Kenyan pop star Victoria Kimani just dropped the video for her latest single "China Love," featuring American musical duo R.City, and its a jam. It's a slow burn club banger with a sexy hook and great production. The video, filmed in China and what appears to be Manhattan's Chinatown has stunning shots of the Great Wall and Beijing's Tiananmen square. It's the songs lyrics that might ruffle some feathers.

"I don't want no China love," sings Kimani on the song's chorus. "China" we quickly learn is a metaphor for "fake," based on China's reputation for producing knockoff products. She implies that she'd much rather have "original designer love" instead, which, for her, is decidedly not Chinese. But isn't most designer stuff made in China as well?

What's fascinating—or confusing—is that the singer actually went to China to shoot the music video. While there she poses alongside old Chinese men, some of whom look rather confused. So, like, you hate on the place in your lyrics but go there to give your video a kind of visual authenticity. Is this cynical as hell or brilliant art?

While—judging from the YouTube comments—the track seems to be garnering a mostly positive response from Kimani's fans, we're not so sure that Chinese listeners will share the same enthusiasm.

One thing's for sure: Kimani does things completely on her own terms, with little regard to what others think, revisit our conversation from earlier this year about her misunderstood sexuality and dealing with the haters.

Is Kimani's song offensive, or jocular and catchy? Is it both? Watch the music video below and decide for yourself.