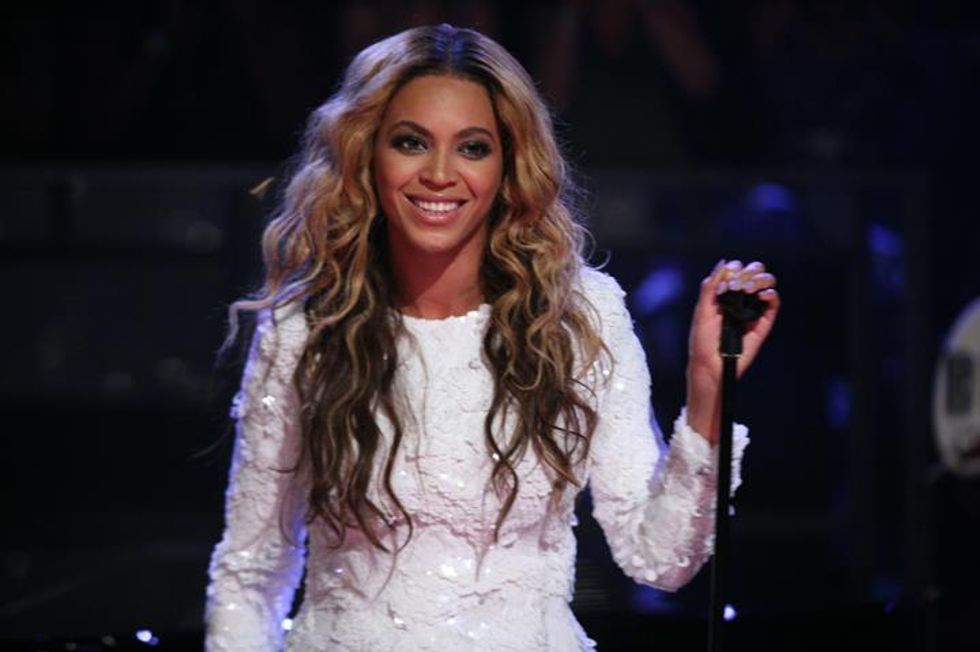 Last night Beyonce made a visit to Late Night With Jimmy Fallon.  Check out the interview, above, where Yonce reveals that she was heavily influenced by Fela Kuti (we know she loved the Broadway hit FELA!, which her hubby Jay Z co-produced) and Africa in general for her latest album, 4.  Then peep the performance vid, below, where B is backed up by the Legendary Roots Crew for a stunning version of "Best Thing I Never Had."

Eddie "STATS" over at okayplayer says it best:

Holy hell. Do I really have to tell you anything other than what’s in the header to sell this one? Last night Beyonce joined the baddest MFs in late night on Jimmy Fallon for a rendition of her single “Best Thing I Never Had” which is proof that this woman can sing just about anything (‘suck to be you right now’) and give it the emotional weight of the Dream Girls finale. I’ll just add that Questlove gets the big bucks not because he’s the greatest drummer technically. He makes the big bucks cause he is the greatest drummer technically who can still think about time-signatures while Beyonce Knowles is writhing around and choking the soul out of a mic a few short feet away. Check out that game-face. If that was me you would be able to read my lips saying “look at the drums, look at the drums.” Beyonce’s LP 4 is in stores now.