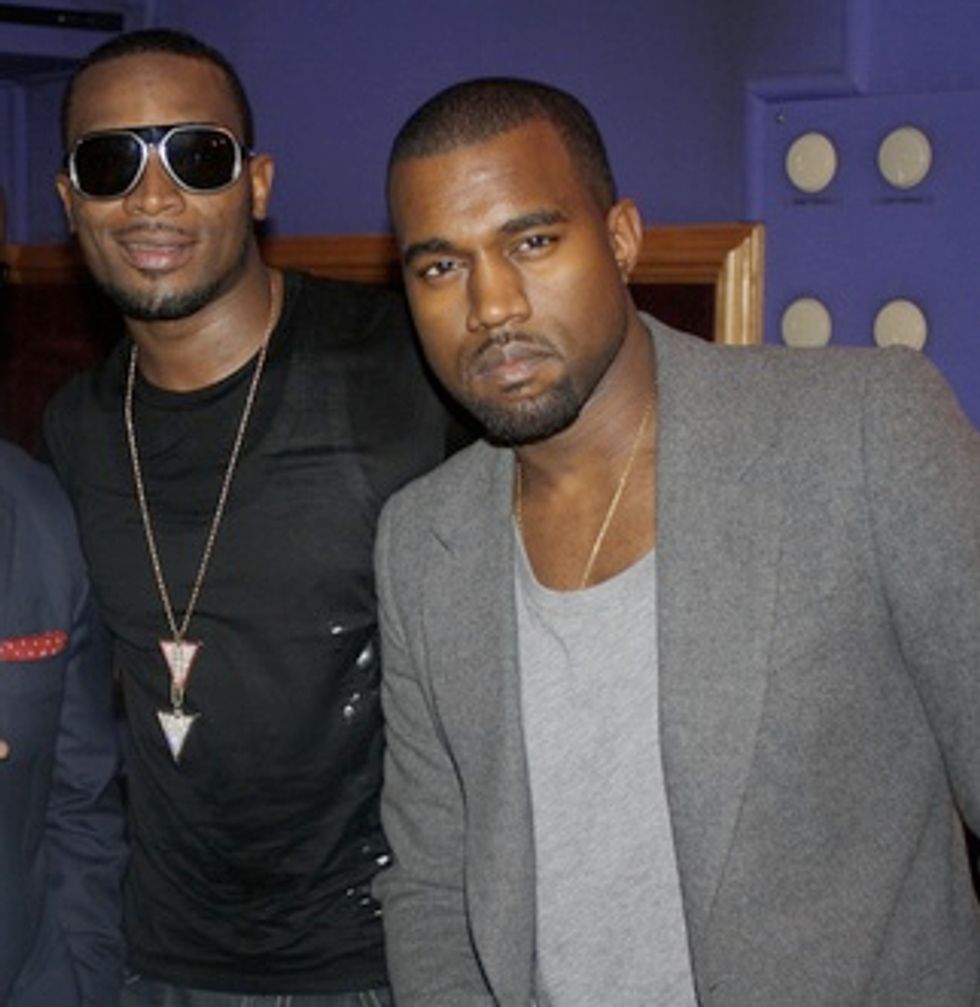 Mo’ Hits all-star D’Banj was joined on stage by none other than Kanye West during a recent gig at London’s Hammersmith Apollo. Kanye’s been looking out for D’Banj since adding him and producer Don Jazzy to his G.O.O.D. Music roster. The two — plus ‘Ye’s abundant entourage — had the crowd roaring to the MBDTF standout “All of the Lights.” Top three reasons to watch this clip: 1) D’Banj’s harmonica intro 2) Kanye might not have changed clothes since the VMA’s 3) The crowning ceremony at the end where Yeezy gifts D’Banj his gold chain.