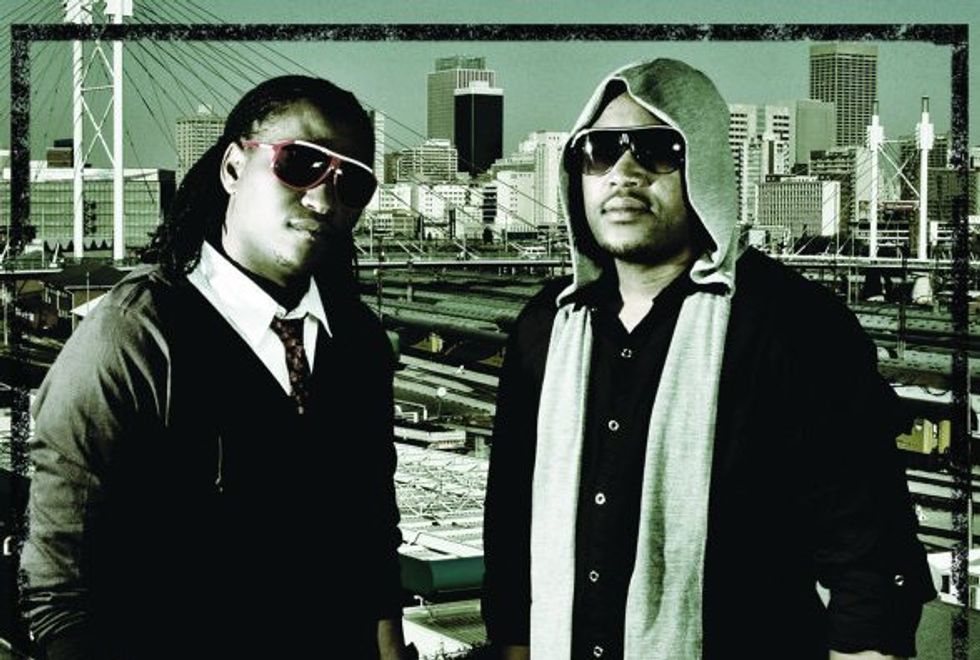 Since meeting in primary school, South African hip hop duo, Deep Level, have been chillin, rhymin, freestylin and partaking in all other illicit activities that young boys do. Eventually they formed Deep Level and made plans for total world domination - well, really I mean total hip hop domination. I'd say having just been nominated for 'Best Duo or Group' at Nigeria's Sound City Music Video Awards is a great beginning for said take over. Their self-released debut album, which dropped earlier this year, "is an introspective and interesting album that reveals a more mature side to Gaoza and Lebza (the Deep Level members)." Simply put, "We’re taking it back to the basics," beams Lebza, "…using hip hop as a tool to reach out to the community and saying things that speak out to people who can relate." Check out their video for "We Run the City," above, which was nominated for the 'Most Gifted Duo' at the Channel O Music Video Awards 2010.