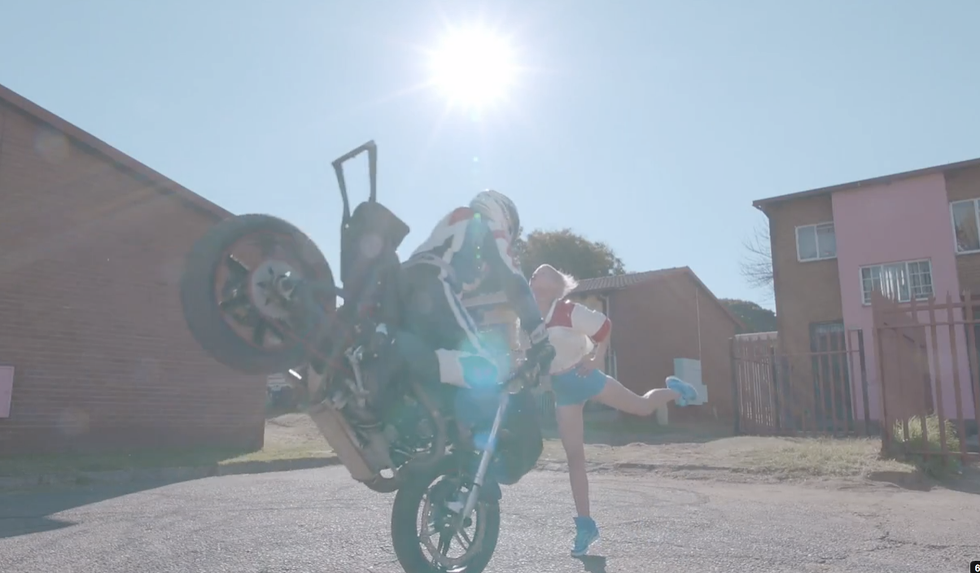 Whatever their politics (or lack thereof), Die Antwoord's absurd stylizations are continually impeccable. Their latest video (dropped moments ago) for "Baby's On Fire," from their album Ten$ion, is a prime example. In the video, Ninja plays Yo Landi's controlling older brother who tries to keep the "scumbag motherf*ckers" out of her bedroom. In the end Ninja finds that he can't stop a baby on fire. Get it girl.