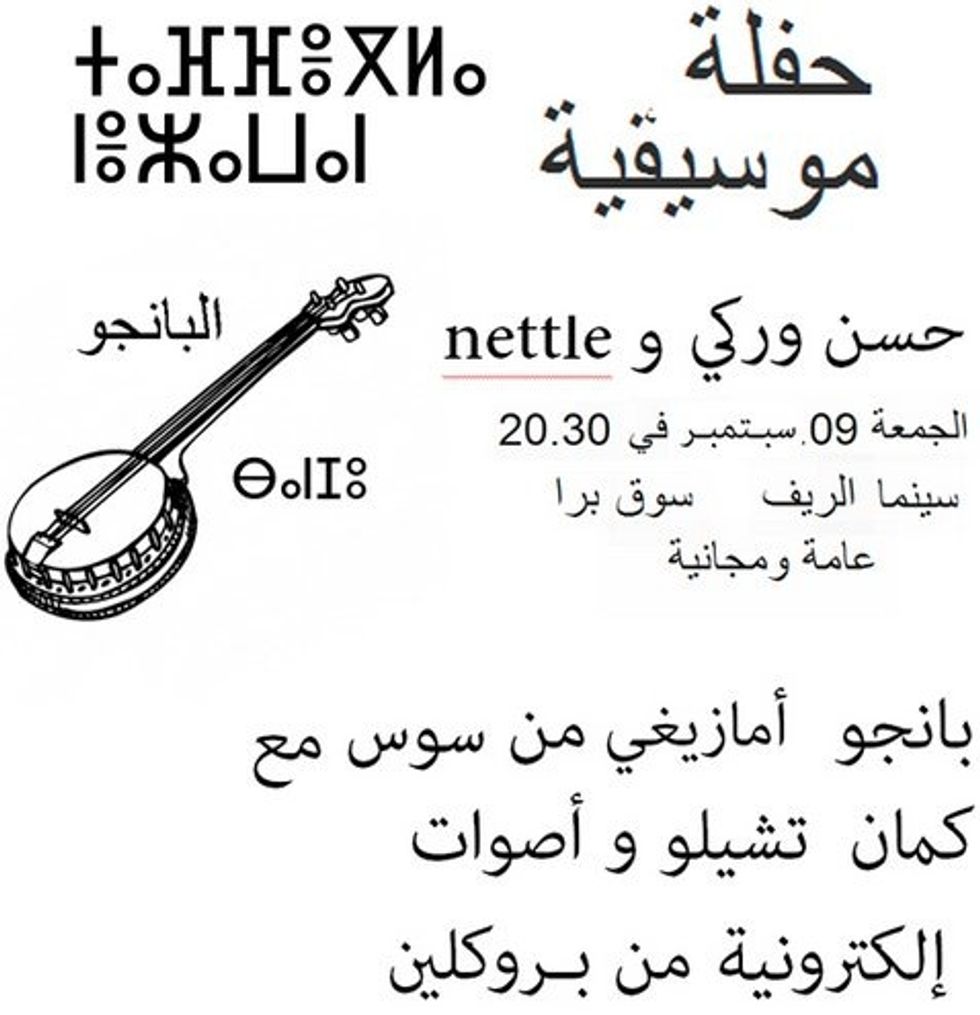 DJ/Rupture came across the hazy banjo and reverbed mystical sound of Imanaren during his Beyond Digital residency in Morocco. He felt so compelled by the group that he tracked down band leader Hassan Wargui and worked out a re-release of Imanaren's DIY full-length through his Dutty Artz imprint. Watch DJ/Rupture's band Nettle and Hassan play one of their collaborative tracks, "L'Avion," above. Make sure to cop Imanaren's album, out now via Dutty Artz.