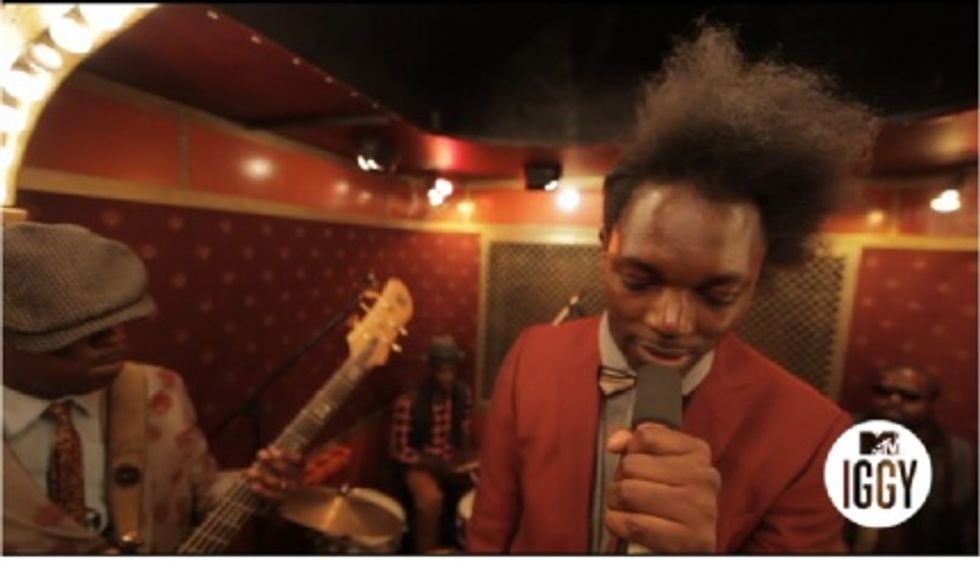 Our boy Baloji recently brought his culture melding blend of hip-hop, jazz, and vintage Congolese sounds to a bar in Williamsburg.* MTV Iggy was there to capture the intimate performance in which the Belgian/Congolese MC and his Sapeur-ed out live band ran through alluring renditions of "Nazongi" and"Independance (Cha Cha)."

The self-described 'Afropean' artist also sat down for a short interview in which he discussed his diverse influences, compared African music to punk, and spoke about his mom. Watch "Nazongi" and Baloji's interview (above and below). Head on over to MTV Iggy for the rest of the performance.