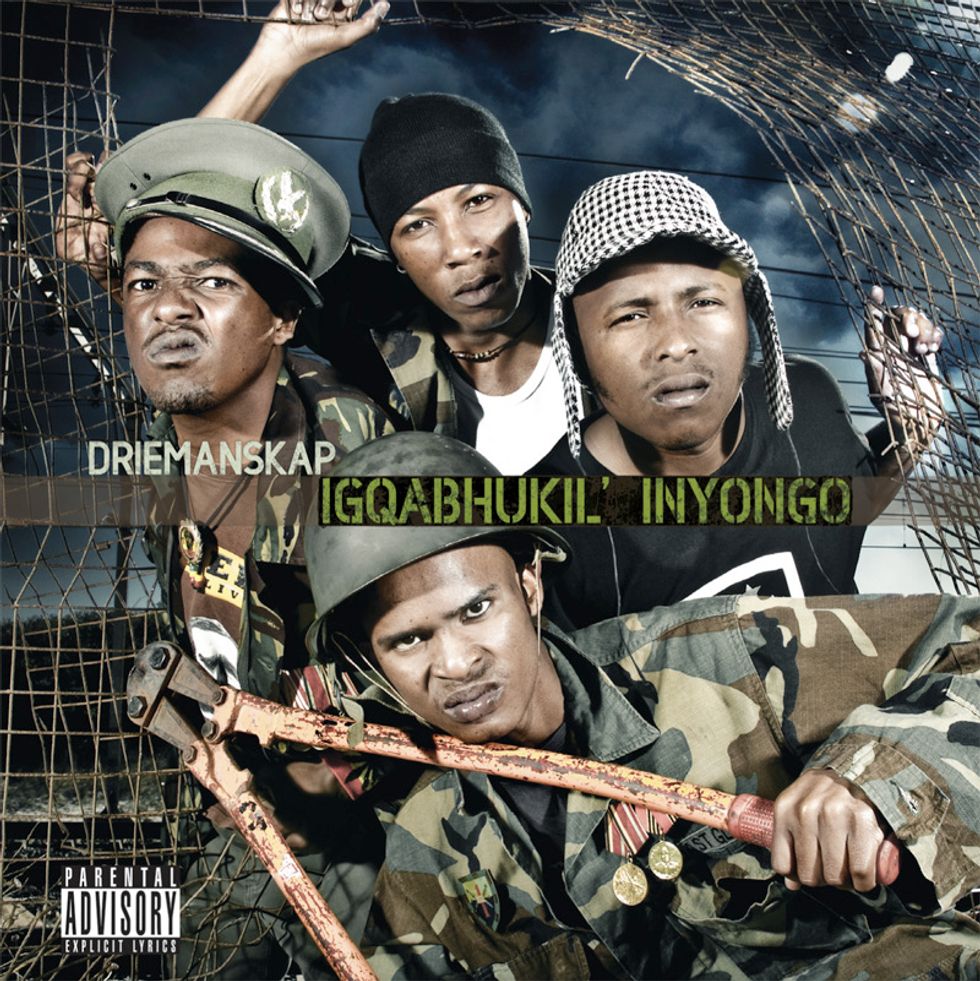 In 2001 the notorious KYD hood in the Cape Flats township of Gugulethu, South Africa gave birth to the hip-hop group Driemanskap.  This 4-man crew, made up of members El Nino, Ma-B, Redondo and Dla, has put out two mixtapes, and their album Igqabhukil' Inyongo saw them reach the number 1 spot in Hype Magazine’s Unsigned Hype charts.  They are now one of the pioneers of the "Spaza" movement, representing Cape Town with a rhyme style that combines their mother tongue, isiXhosa, with English and Cape Flats slang.  Get a sample of Driemanskap’s unique rapping style (these dudes can flow!) and their fresh fashion sensibility in the above video for "S'phum'eGugs ('we're from Gugs')". Check out more from the group and Pioneer Unit Records here.

Blurb:  The 4-man crew are one of the pioneers of the “Spaza movement” combining their mother tongue, isiXhosa, with English and Cape Flats slang.