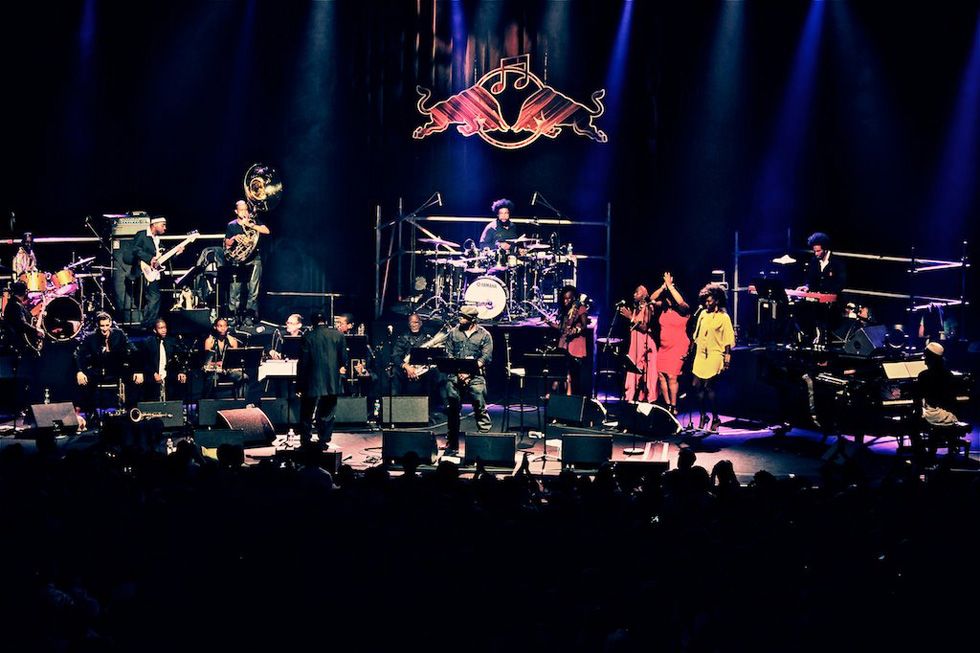 We finally got our paws on a video recap of Questlove’s Afro Picks — a tribute to African music history by Questo and the Afro-Picks Big Band, featuring Tony Allen, Macy Gray, Black Thought, Mamani Keita, and Amp Fiddler, as well as members of Antibalas, the David Murray Big Band (whose leader provided the night's arrangements), The Roots, and FELA! musical. Catch highlights of the A-team cast tearing down the Red Bull Music Academy show in Paris, above and below. (via RBMA, FunkIt)