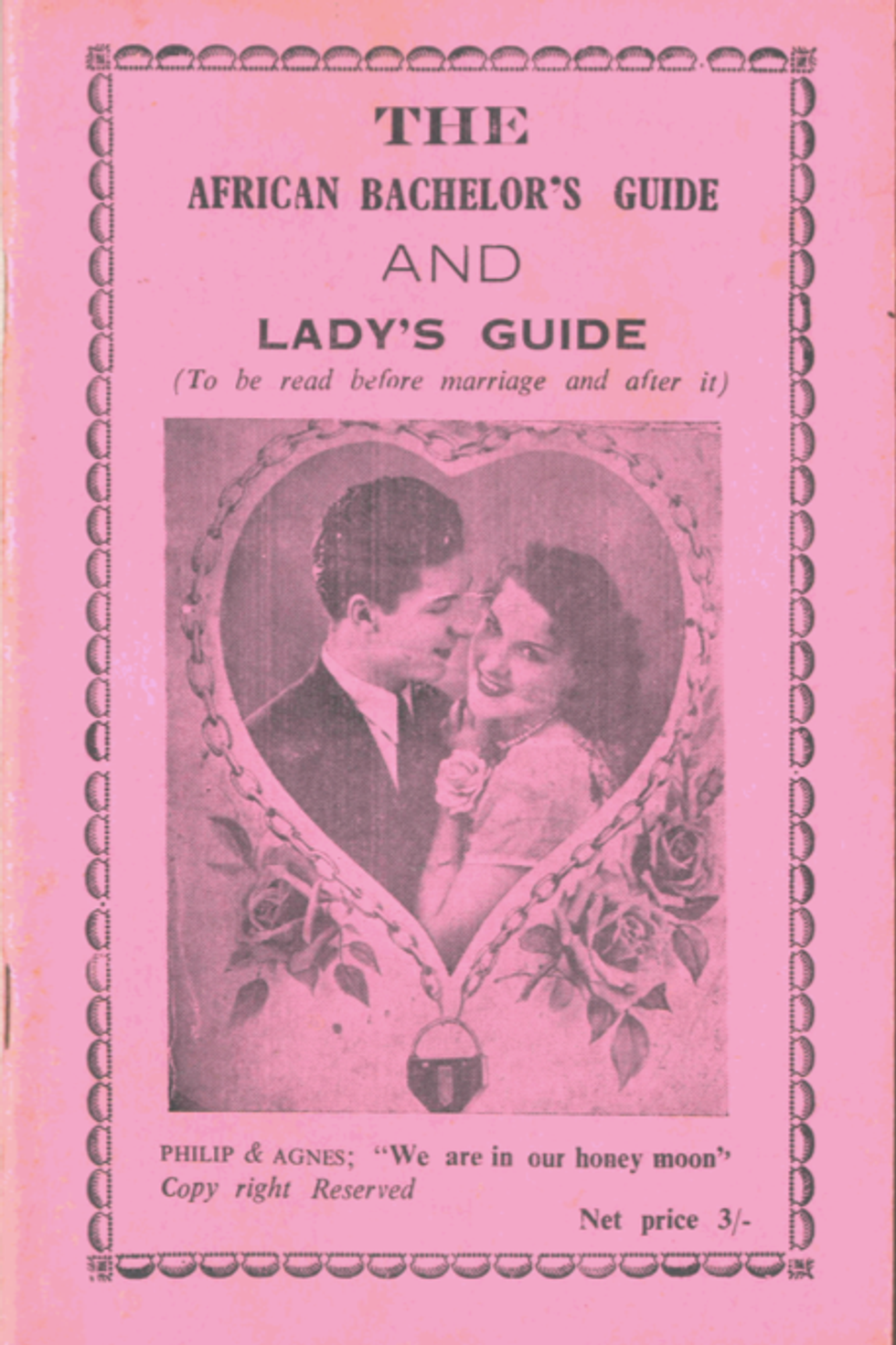 Looking at the representations of women in Nigerian Pulp Fiction aka Onitsha Market Literature, and comparing that to women in Nollywood today.

Before Heinemann’s African Writer’s Series and Macmillan’s Pacesetter Series, there was Nigerian pulp fiction, or, as it’s more commonly known, Onitsha market literature. The sensational stories, paper-bound in Hollywood-inspired covers, grew in popularity in the decade before Nigerian independence, and the years immediately following it. Their appeal wasn’t limited to Onitsha, the city where they were written and printed. Before the demise of Onitsha’s printing presses in the Nigeria-Biafra War (1967-70), the group of independent publishers concentrated there churned out thousands of pamphlets which were distributed across the Nigeria and Anglophone West Africa.

Much like today’s self-appointed self-help gurus, many of these writers saw it as their duty to dispense moral advice on topics ranging from casual sex (avoid) to business success (pursue). The weight and optimism of Independence is everywhere in the pamphlets, which grapple with the contradictions of becoming moderns or ‘new Africans’ (who Nkrumah memorably conjured in his 1957 Midnight Speech), without sacrificing too many of the old ways in the process. They contain a palpable enthusiasm for city life, moneymaking, self-creation and self-improvement.

Like many of his Onitsha contemporaries, author Cyril Ummunah promises to make his readers intimates of the rules of modern love. As the title suggests, ‘They Died in the Game of Love’ is a cautionary tale: lovers Thony and Cathy heap tragedy on their own (and everyone else’s) heads by engaging in pre-marital sex. Cathy dies, Thony finds another lover who also dies, and the whole thing ends in the type of bloodbath more readily associated with a Tarantino film. But there’s hope - Ummunah promises his male readers that they’ll find love, 'regardless how ugly you are’.

Here as elsewhere, the figure of wayward youth, and the wayward woman (ashewo, harlot, schemer, manipulator), features strongly. She recurs as a stock character onto which anxieties about money, poverty and the hardship of city life, are routinely projected. Across the genre, worried men warn other, presumably equally worried, men away from the jeweled arms and made-up face of the gold-digger (à la Yeezy). Naturally, the minute we meet Mabel of ‘Mabel the Sweet Honey that Poured Away’ we know the terrible truth about her: ‘It took her seven minutes to take her bath’, she uses ‘two different pomades’ and ‘pencilled her eyebrows and eyelashes’. Powerless to warn our young hero, we brace ourselves for the havoc she’ll inevitably wreak. Onitsha author C.N.O Money-Hard puts it best: “You know women are pests and they are bent on sucking the man until he becomes tired...”

But this archetype is not just a product of 1950s pulp fiction. She also appears in many of the revered ‘village to city novels’ that Heinemann went on to publish (Cyprian Ekwensi’s ‘People of the City’ is a classic example, while Buchi Emecheta’s ‘The Joys of Motherhood’ complicates the second-wife 'golddigger' figure considerably). What is clear though, is that women were considered parasites of the new wage economy, schemers who given the chance, would exploit love for material gain.

If the stories display the suspicion with which she was once regarded, it's worth noting how deeply this wayward woman's manicured nails are embedded in the Nigerian popular imagination. She continues to show up today, even as the country embraces and contributes to global consumer culture. Nollywood is often hostile terrain for the unmarried woman and narratives that purport to tell her story often mock or punish her for her consumption ('Glamour Girls', 'Blackberry Babes', perhaps the more oldschool Domzilla is an exception?).

The continued existence of this archetype in representations of Nigerians by Nigerians (both Onitsha market literature and Nollywood films are pioneers in that regard) suggests that Nigeria’s fixation on wealth accumulation, and rightful anger over economic inequality have thickened in the years since independence. That some of this anger is expressed through strong popular protest is exciting; that it also continues to be projected onto women, who are held up as examples of everything that's wrong with consumer culture, is more troubling.

That’s the end of our series! We hope the trip through the archives has been yielded some food for thought. Does the term post-Africa pass muster? Or should it go the way of African post-feminism and post-black? In the coming year we’ll be interested to see how the meanings of ‘Africa’ continue to morph, both in how its understood and artistically rendered.

Read Vintage ‘Africa’ Part I: Representations of the Motherland and Otherlands here.