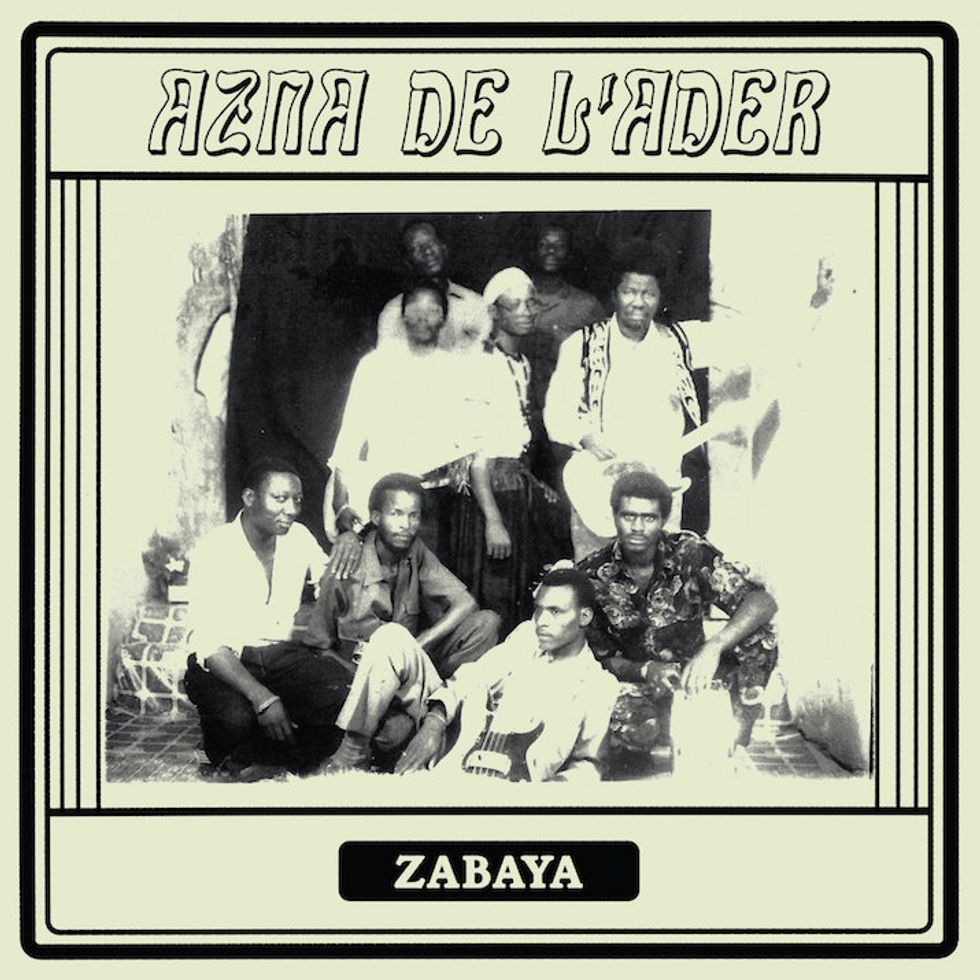 Though they’re not very well known outside of their country, Azna de L’Ader are one of Niger’s pioneering rock bands. They’ve been playing together in different incarnations for over 40 years, mainly in and around the Tahoua region of Niger.

Azna’s music is a jolting take on 1970s-leaning psychedelic rock, including heavily-fuzzed out guitar solos and crashing percussion, that lives in a similar stylistic sphere as Zamrock. The band is lead by Mona, a shredding guitarist who’s been its only constant member over the decades and has been dubbed the “Hendrix of the Sahara.” Despite being highly prominent in the area, they barely recorded because of a lack of studios.

Sahel Sounds is now releasing Zabaya, the first ever official release from Azna de L’Ader. The 8-song record compiles highlights from the band’s recordings restored from the archives at Radio Niger (ORTN).

Speaking about the Western influences on his music, Mona explains that it all ties back to his ancestors in the album's liner notes:

“When the Europeans took blacks as slaves in the US, our ancestors brought their culture with them. They mixed their music with modern instruments, and they created the blues, and that invented rock ‘n’ roll, rhythm and blues, jazz, and everything. The blues comes from here. We sing, we cry, and we go into trance. We make Bori, we do Voodoo. Our ancestors brought this to the US. Little by little, [the music] captured everyone.”

Now a 72-year-old, Mona acts as the band’s musical director guiding a new group of young musicians who make up the new Azna de L’Ader. Zabaya is available now on vinyl and Bandcamp via Sahel Sounds. The vinyl edition comes with a book of photos and liner notes.

Zabaya back cover via Sahel Sounds.