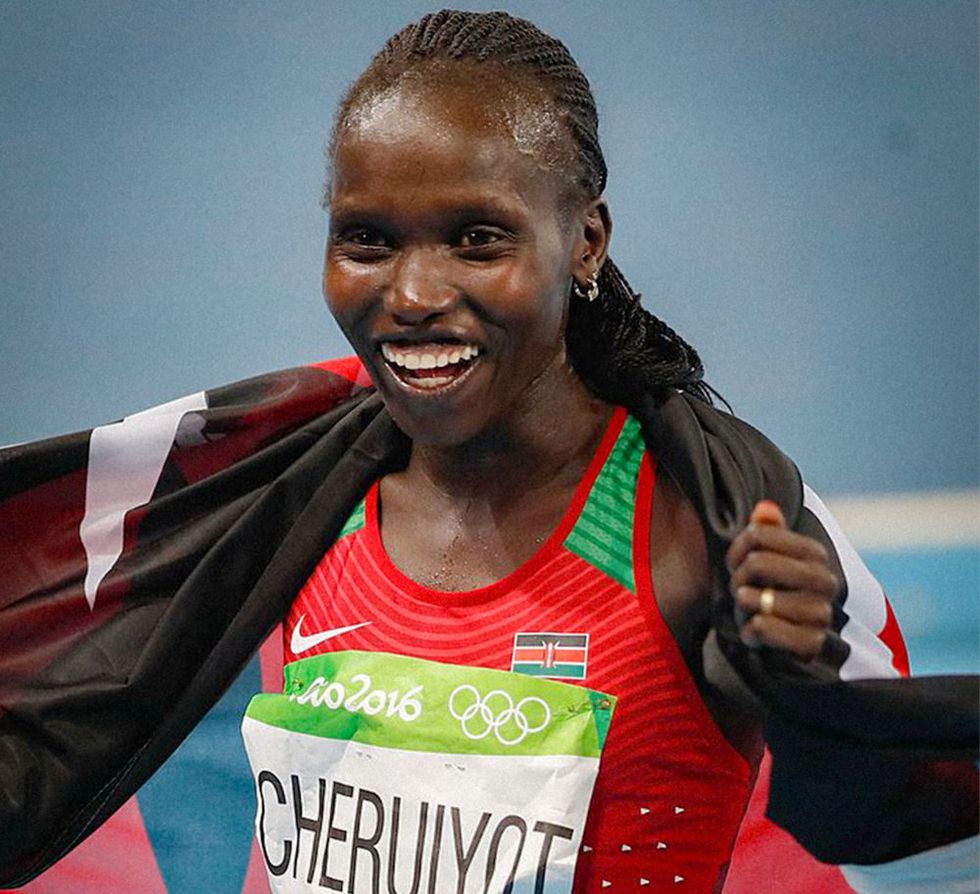 At only 15, Cheruiyot started competing in marathons and earned the junior silver medal at the 1999 IAAF World Cross Country Championships. Several competitions and 10 years later, she broke the Kenyan 3000m outdoor record in Birmingham, and won the World's Best 10,000 race in Puerto Rico. In 2016, she won the Olympic gold medal for the 5000m race.