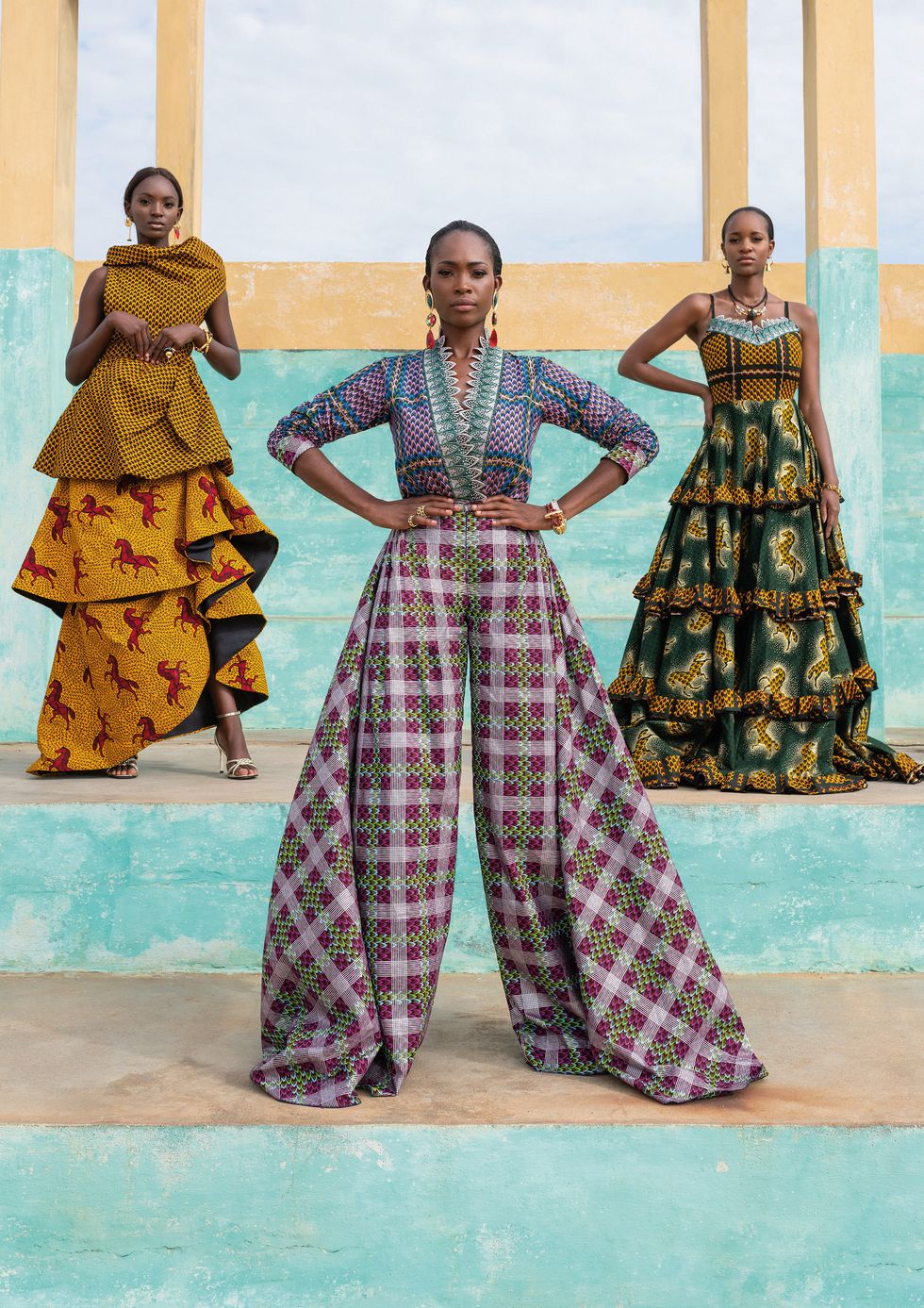 In an exclusive with OkayAfrica, Vlisco shares with us their Benin-shot editorial video featuring their latest Dutch Wax collection, "New Traditions."

With the beautiful backdrop of the landscapes and stunning structures of Benin, you'll note scenes of striking Beninese women wearing the same Dutch Wax fabric that have been made into one-of-a-kind pieces by Beninese designers. This is a tradition known as aso ebi, where groups of women, families and even communities don the same fabrics or color scheme to denote unity.

"African print is important to me because it reflects my heritage," Alexandra Ahouanmenou, who participated in the campaign, says. "My favorite moment was when all the women walked alongside us in the streets of Porto Novo. It felt like we were the stylish amazons of Benin—beautiful, strong, proud African women."

In this campaign, Vlisco shows women making the statement of ubuntu—I am because we are—through new and classic prints to honor both the unity of each individual and the group.

Watch the editorial video below.

"The film consists of powerful striking images and is a visual dance of lines and structures," Vlisco notes in a statement. "The fabrics move through the different characteristic landscapes that make them come to life, strengthened by the women who wear them."

Following up with Vlisco on the concept of the editorial, they say Benin was a key location to execute this vision because it's known as a "wax country."

"You [will] see many, many, Vlisco designs on the streets, at the offices, in the churches and at special events. The atmosphere over there is so special, the people are friendly and warm," Vlisco shares with us. "We thought it is interesting to show the beauty of a country that is like a hidden secret for many."

Get to know all those involved, from Benin especially, in the credits below.

Nadjida Adamon (All in One)