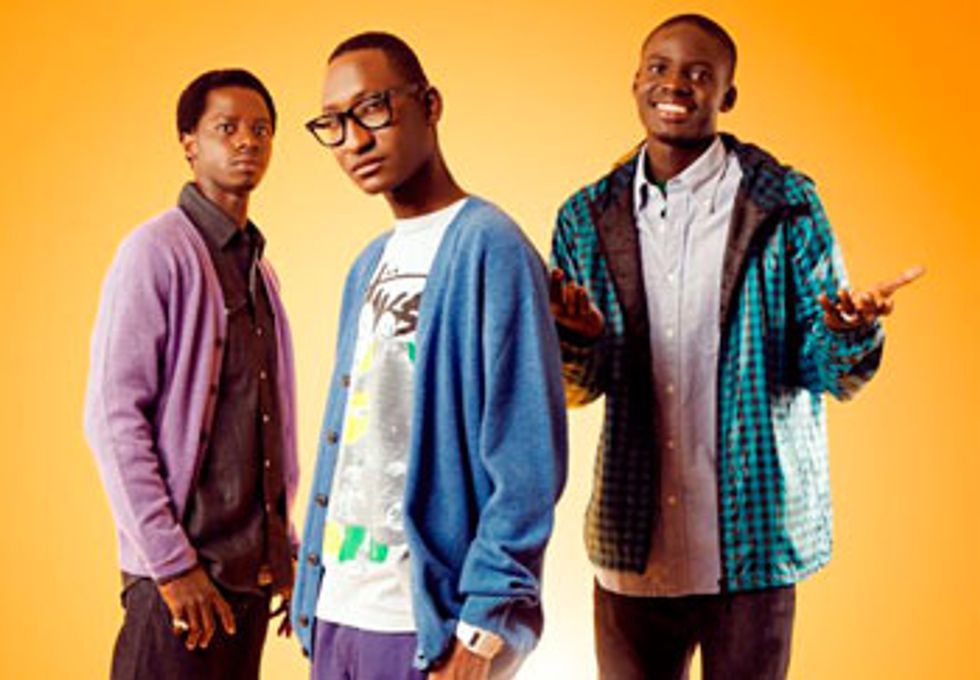 In 2005 the music world was awakened to the blues imbued afropop emanating out of Mali courtesy of Amadou & Mariam. Six years later their son Sam is poised to take his parents’ signature sound a step further with his hip-hop group's debut album, the eponymous SMOD. Due to be released May 24th, the album features production by the world-renowned French singer/producer Manu Chao -  the man who helped launch Amadou & Mariam into international prominence. SMOD combines folk, blues, traditional Malian styles, and hip-hop into an airy musical base that melds perfectly with the fluid complexion of French rapping. But the sunny guitar and jaunty singing on SMOD’s songs often belie lyrics dripping with social criticism. “Les Africains Dirigeants” is unrepentant in its critique of African dictators and rampant corruption across the continent. While folksy Malian hip-hop is SMOD’s bread and butter%