No, Wale Was Not 'Making It Rain' On His Daughter, He Was 'Spraying' Her 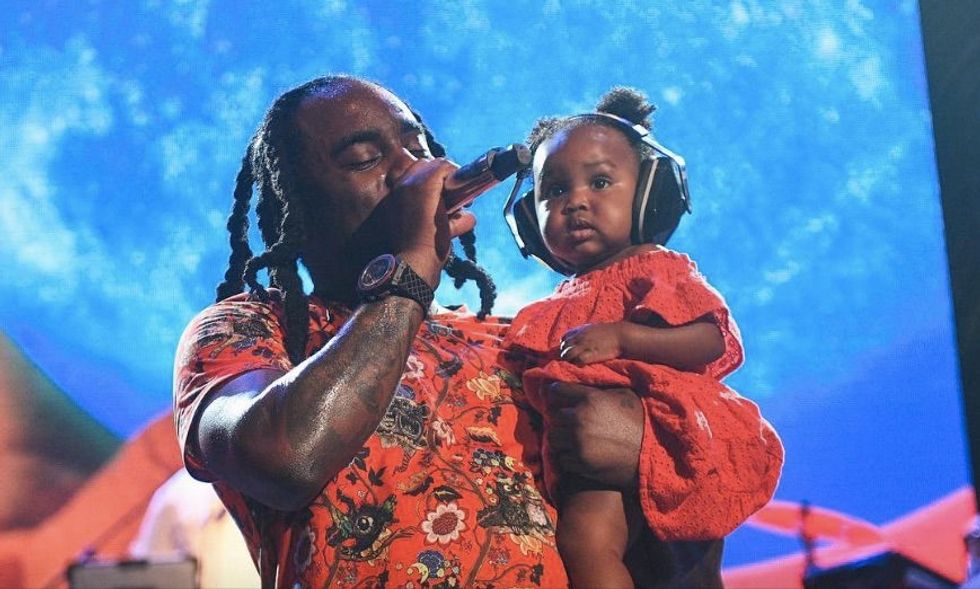 Nigerian-American rapper, Wale, responds, after coming under fire for a video he posted of his daughter being "sprayed" at her birthday party.

Nigerian-American rapper, Wale, came under some fire last week, after he posted a video of his daughter being "sprayed" with cash during her first birthday party.

"My fine girl at her Bday Party the 🇳🇬 way," wrote the rapper in an Instagram post. The video shows Wale's daughter, Zyla Moon Oluwakemi, in a heap of dollar bills.

While it was obvious to many of us, that the rapper was simply engaging in nearly every Nigerian's favorite party festivity—a seemingly age-old tradition, often done at celebrations as a means of spreading blessings and good fortune onto loved ones in the form of money—some were expressly put off by the sight of the toddler being showered in banknotes, pointing out that it appeared that he was "making it rain" on his daughter. Many folks proceeded to misapprehend Wale in the comments section.

According to The Grio, one user commented “It’s like they’re getting her ready for her future career, just need the stripper pole.” And another wrote “What do you think about the negative message that the girls will learn at an early age..shit, one little girl already knew what to do with the money, making it rain and picking it up."

My baby girl was Littt yesterday at her party this is her and big cousin Izzy goin ham to "fine girl"shout my the real first family @mrtonylewisjr n @simplyjess120 we love PS "Soso n Zy" are the life of the party ..#KemiTurns1

It was a case of severe cultural misunderstanding—which some might simply refer to as plain old ignorance. Yet, rather than sounding off in response to his critics, the rapper used the incident as a teaching moment.

Today, the rapper spoke with TMZ about the incident.

"You've just got to respect other people's traditions on all levels before you speak on it. I'm proud of where I come from. That's just what we do, that's all I knew from when I was growing up."

In fact, the rapper has been rapping about "spraying" in his songs for some time now, remember this jam?

This whole ordeal goes to show that while it's easy to criticize things that are unfamiliar to us, it's even easier to do just do the research. Also, don't "knock it until you try it," because getting sprayed by a generous uncle or aunty while you're killing it on the dance floor, is pretty much the best feeling ever.