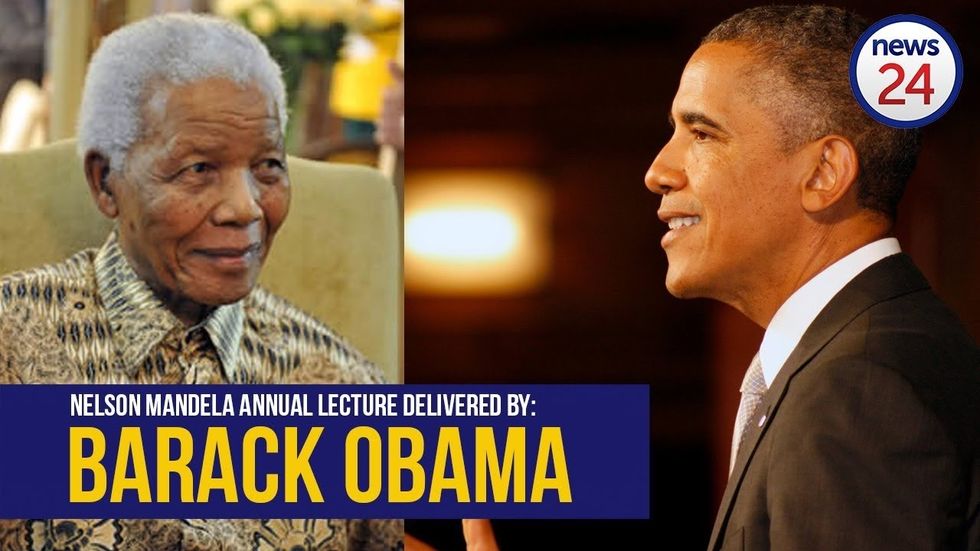 We collected some of the best social media posts about Barack Obama's first major speech since leaving the presidency.

Whether you're a fan of his legacy, or not, Barack Obama is one of the world's great living orators. Today, he is giving the keynote speech at South Africa's celebration of the late great Nelson Mandela's 100th birthday. Tune in above to see what Obama has to say about Mandela's legacy as well as the topics of the day like immigration, nationalism and economics.

Read our take on how people abuse Mandela's legacy here.

Understandably, social media is ablaze with commentary. See some of the best below:

Many people are blown away by Obama's on-stage charisma:

Barack Obama is like that ex that is liked by the family and still gets invited to family gatherings #MandelaLecture
— David Mqehlana ❁ (@David Mqehlana ❁) 1531834751.0

While many are also critical of Obama's legacy as president:

It could well be a reference to Trump but juxtaposing an Obama Presidency with African democratisation exposes how… https://t.co/okkVPAfbls
— Ryan Cummings (@Ryan Cummings) 1531837221.0

How do you speak about Mandela without mentioning Mam Winnie who waited for 27 years? South Africa why we hate Mam… https://t.co/KLmyaZtd3j
— Nkanyiso Ngqulunga (@Nkanyiso Ngqulunga) 1531834722.0

Many South Africans are watching how their own problematic politicians react to Obama's message:

Most are taking great inspiration from many of his points: