Watch Nadine Ibrahim's Evocative Short Film 'I Am Not Corrupt' 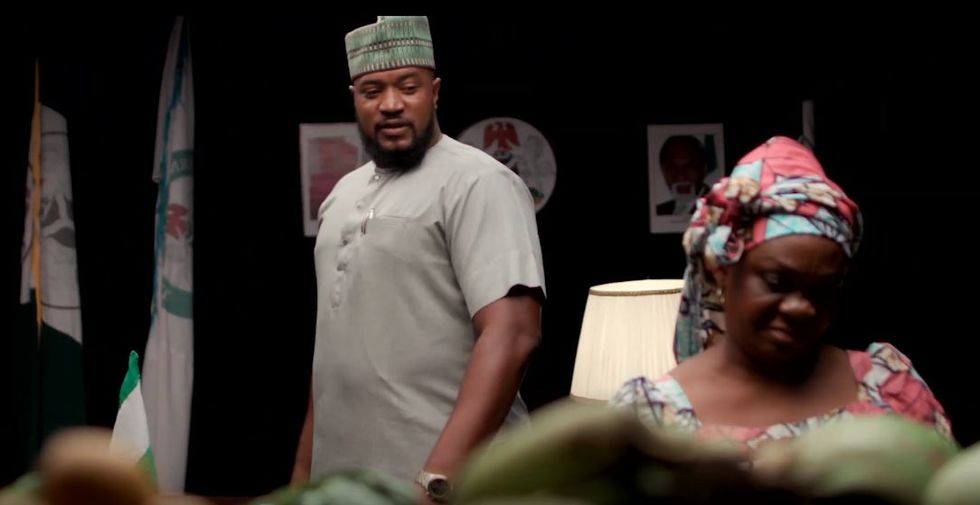 The 4-minute film by the Nigerian director explores the interplay of various factors contributing to Nigeria's current political climate.

Nadine Ibrahim brought us important short films such as Toluwhich explored a young girl from a small Nigerian fishing community and her attempt to break gender boundaries and the award-winning Through Her Eyes which told the story of a young girl abducted by a terrorist group. The talented Nigerian film director is back with yet another short film that gives commentary on the current socio-political landscape of Nigeria.

Short films have a burden that their longer feature-length counterparts do not and that is to clearly convey a message within a very short space of time. To execute that well, is a feat on its own entirely. In I Am Not Corrupt, Ibrahim highlights the complex and increasingly strained relationship between the government and its citizens. Her exquisite portrayal of this reality is largely because of how she chooses to tell the story—simply.

Mofe Duncan plays the role of a politician while Rita Edward is a woman who sells produce at the market. As the market woman stands in front of her stall and the politician gesticulates dramatically in front of his desk, their individual monologues create a powerful and unnerving dialogue where each accuses the other of being corrupt and generally failing the Nigerian people who are trying daily to eke out a decent living for themselves.

The politician says, "Your children call me names, hash this, tag that but when I ask for their audience, all I get is radio silence". He goes on to add that, "You keep pointing fingers, yelling ''missing taxes" but let's be fair, do you actually pay your taxes? Me, I am not corrupt."

The market woman then responds to the politician's rant citing the lived experiences of ordinary Nigerian citizens saying, "You remember mama Emeka, the one who stood for you? She died of a heart attack because of you. She lost her source of income because of you and no selling by the roadside. That woman died in many ways than I can even count". She adds that, "Her first son died because your hospitals are nothing but morgues. They wouldn't touch him unless you grease the palm."

This short film is an incredible work and definitely worth viewing.

Watch I Am Not Corrupt below: