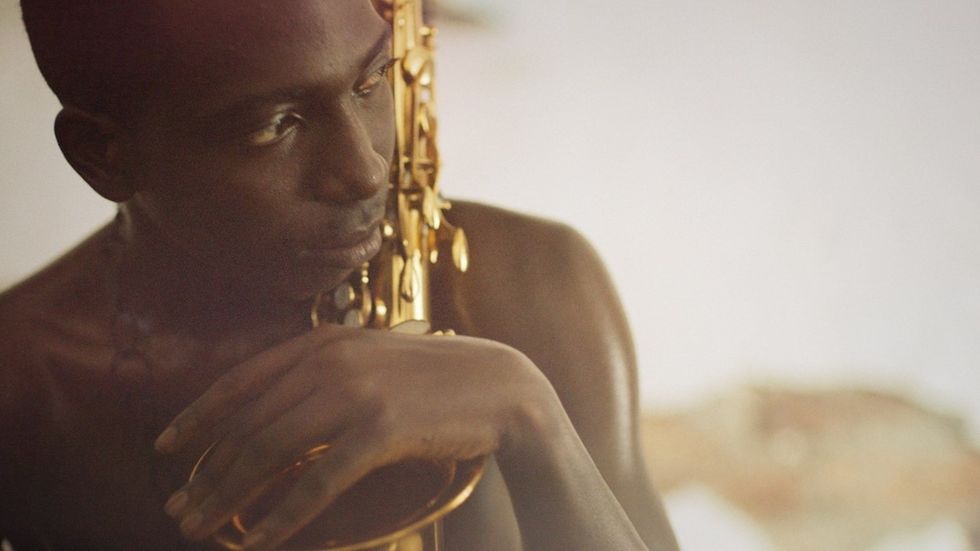 This short film brought to you by Dazed, NTS and Carhartt WIP is a much-needed chronicling of Fela Kuti beyond the surfaced superstardom the world has imposed on him.

Directed byAkinola Davies Jr, One Day Go Be One Day fuses the voices of his sons Femi and Seun Kuti, his album cover artist Lemi Ghariokwu, spoken word and music by Nigerian musician Obongjayar and artistic reenaactments to expound on his life between 1977 and 1981, as well as how the death of Fela's mother—Funmilayo Ransome-Kuti—impacted his life.

"The death of his mum too really broke him," Ghariokwu says in the film.

Shot in Lagos as well as in Osogbo and Badagry—towns pertinent to his life and legacy—the film oozes with Fela's spirit.

"In speaking to Fela's closest confidants, we unearthed a side to the musician which was more vulnerable, as the claustrophobia of his fame and the rumours that surround it are still felt even now by those left behind," Kemi Alemoru says, describing what it was like making the film. "The longer you follow Fela's path, the more it feels like the madness and mysticism of him is all around. As the words of Obongjayar punctuate the film: 'Corruption, betrayal… he who is free, mortality cannot constrain.' In so many ways, the spirit of Fela lives on."

Watch One Day Go Be One Day below.

One Day Go Be One Dayyoutu.be

ICYMI, join OkayAfrica at Okay Space in Williamsburg to catch the New York premiere of the film in conjunction with the Fela Kuti x Carhartt WIP pop-up Thursday. Click here for more info.