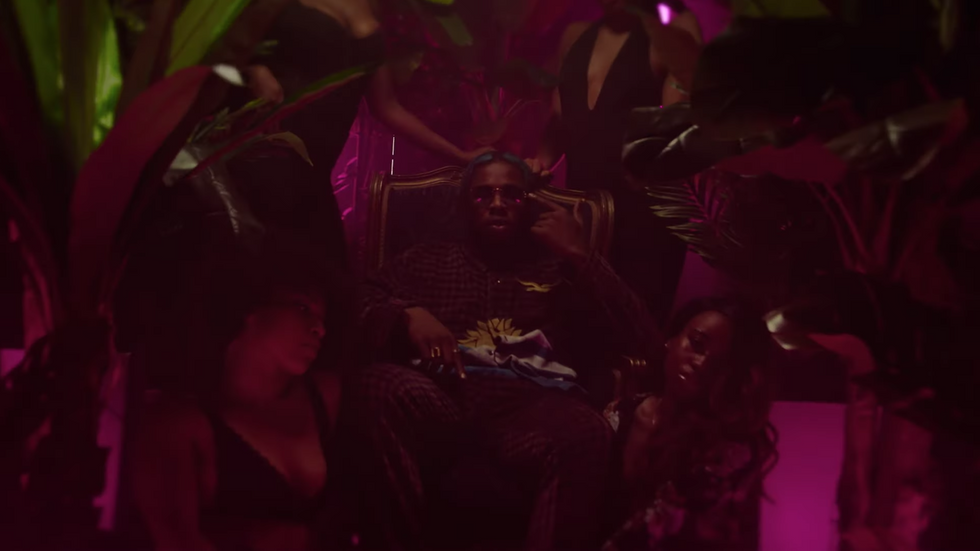 The Soundgod gets vulnerable in the first clip from his new EP, "Tradition."

Runtown has released the first music video from his new EP, Tradition.

In "Emotions," shot in London and directed by SESAN, we see the Soundgod with his hair dyed electric blue be vulnerable, as he expresses his feelings over a woman he's eyeing. You'll also notice a handful of stunning vixens give off the said emotions through movement—with bright, flashing colors in the background—such as strength, anger, lust, love and more.

Revisiting Runtown's breakdown of "Emotions" with OkayAfrica earlier this month, he says:

"So I was in the studio with the producer Spellz making magic and 'Emotions' just happened. The song actually just came to me. 'Emotions' is all about vulnerability, it's just like confessing your truest feelings to a girl without any sort of ego. I think that love is a very powerful theme and it influences the bulk of my music. Whether it is love for humanity, a woman or life, the EP is influenced heavily by love."

Watch "Emotions" below and listen to his EP Tradition here.