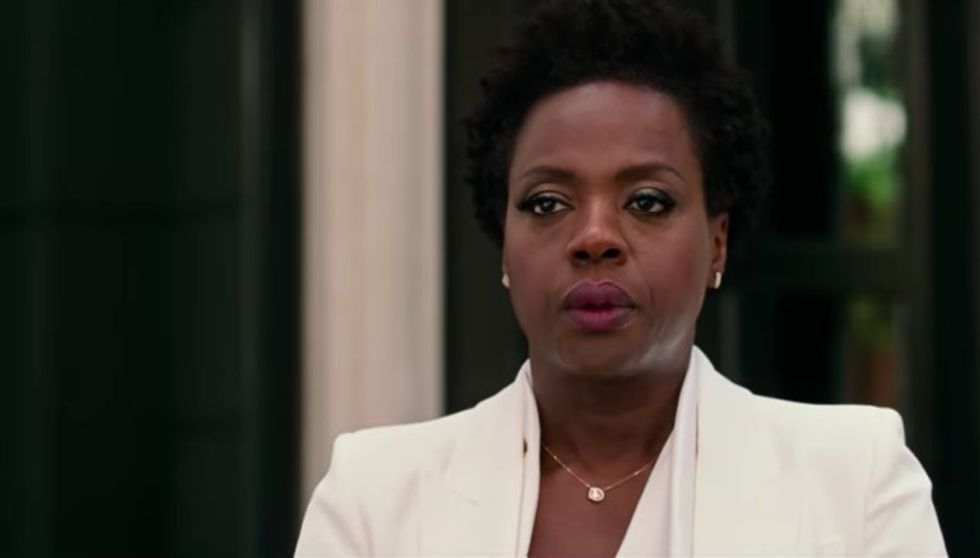 Steve McQueen's latest film follows a group of badass women taking their fate into their own hands—by any means necessary.

The much-anticipated teaser for12 Year a Slave director,Steve McQueen'sWidows is finally here.

The ensemble crime thriller, staring Viola Davis, Cynthia Erivo, and Michelle Rodriguez, along with Daniel Kaluuya, and Atlanta'sBrian Tyree Henry takes place in Chicago, but is a remake of the 1980s British TV show by the same name.

Here's a synopsis of the film via Shadow and Act:

Widows is the story of four women with nothing in common except a debt left behind by their dead husbands' criminal activities. Set in contemporary Chicago, amid a time of turmoil, tensions build when Veronica (Davis), Alice (Elizabeth Debicki), Linda (Michelle Rodriguez) and Belle (Cynthia Erivo) take their fate into their own hands and conspire to forge a future on their own terms. "Widows" also stars Liam Neeson, Colin Farrell, Robert Duvall, Daniel Kaluuya, Lukas Haas, Andre Holland and Brian Tyree Henry.

The film hits theaters November 16 and it looks like we'll be in for an action-packed treat. Check out the trailer below.