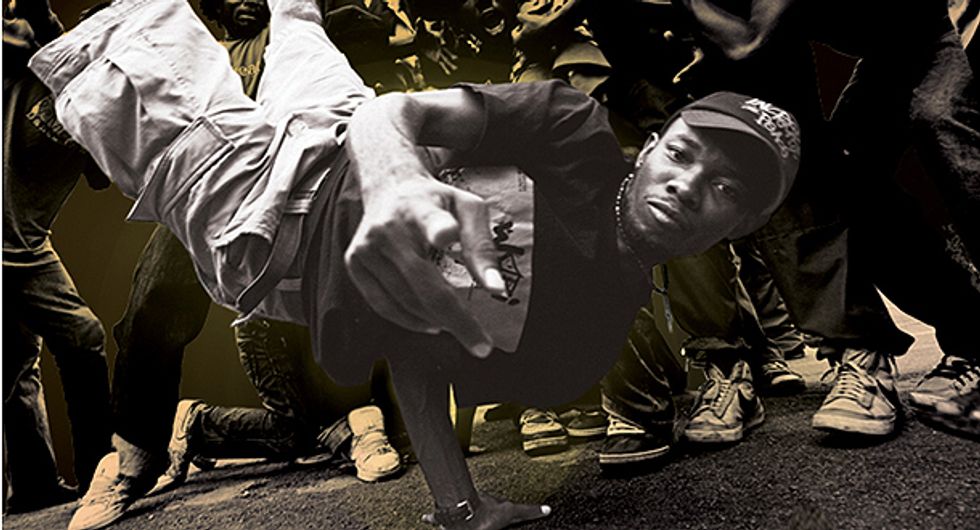 What: Award-winning film Bouncing Cats, the story of one man’s attempt to create a better life for the children of Uganda through hip-hop, makes its US television premiere this Saturday.

Directed by Nabil Elderkin — who's shot music videos for Kanye West, Frank Ocean, and Bon Iver among others — Bouncing Cats follows the legendary "Crazy Legs" of the Rock Steady Crew and b-boy Abramz, the founder of Breakdance Project Uganda (BPU), on a journey to unify, empower and inspire youth in the war torn region that has been called one of the worst places on earth to be a child. The film is narrated by Chi-town rapper Common and features interviews with Will.I.Am, and K’Naan. Proceeds from the film benefit BPU.

Where: The Documentary Channel

Don't miss it! Peep the trailer above.