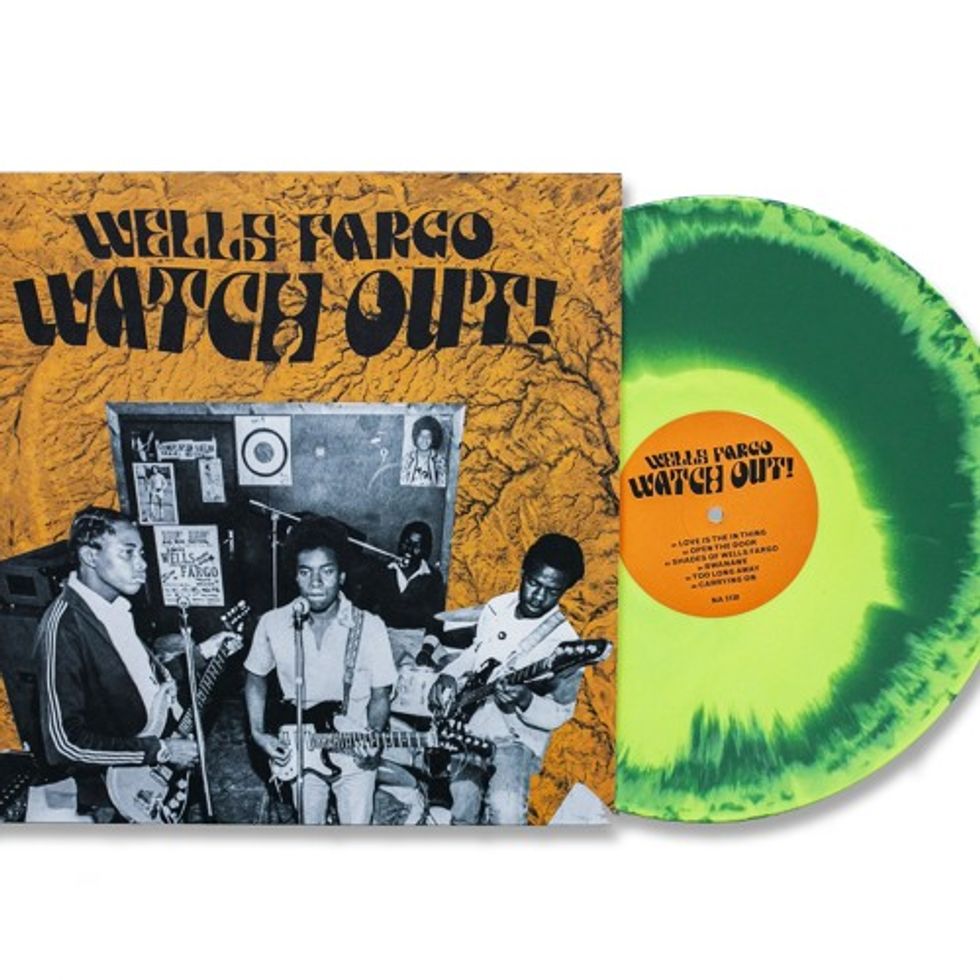 In an explosion of rock music that spanned from Nigeria to Zambia during the late 1970s, the revolutionary Zimbabwean rock movement, although rarely recognized and widely obscured, played a distinct role in its nation’s musical history.

This is the first time that Watch Out! will be released outside of Zimbabwe. In the liner notes, project curator and researcher Matthew Shechmeister writes, “The people who made this record, and the world it came out of, make for the most compelling and heart wrenching story we’ve ever heard behind an album we’ve featured.”

A culmination of afrobeat, heavy jams and psychedelic sounds, Zimbabwean rock uncovers the underground sound that has come to make up the distinctively African genre. As a part of the counterculture movement that took root in the country during the late 1970s, Wells Fargo rose to fame as Zimbabwe entered the last decade of its war for independence. In the face of a systemically racist and oppressive Rhodesian government, rock became an outlet for expression.

“Released as a call to arms for a blooming civil war and kept from a full release by racist labels, Watch Out! is the kind of full frontal revolution rock that would have made flower children squeamish and Jimi Hendrix weep,” explains Shechmeister.

The label also plans to release a digital-only album ceremoniously titled Power To the People!, a compilation of Zimbabwean 70s rock hits ranging from groups such as Wells Fargo, to Eye Q and Gypsy Caravan.

“This album matters in the same way all the great ones do. Because of the freedom it brings whenever it’s played,” Shechmeister ends his notes by saying.

Listen to parts of Wells Fargo’s Watch Out! above.