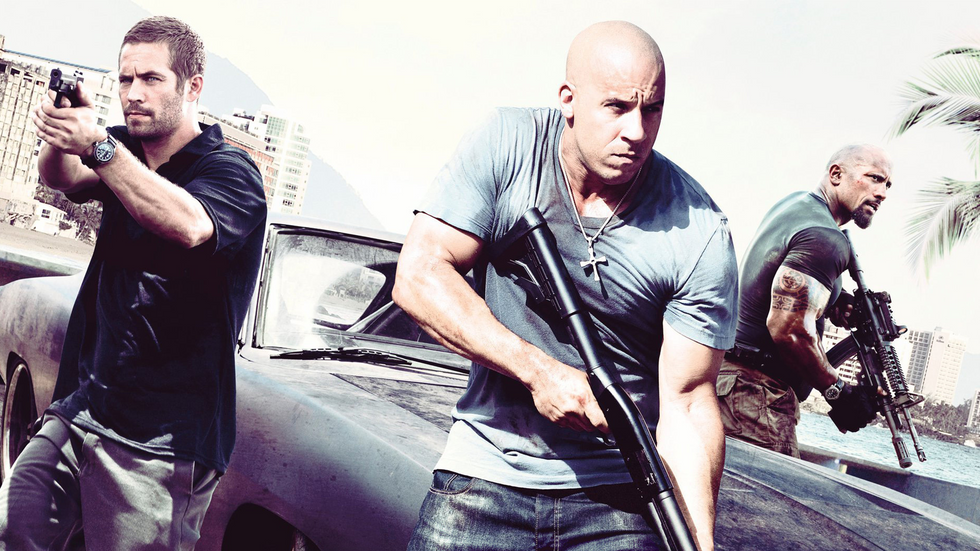 A South African's guide to perhaps the greatest action movie franchise ever.

As a child, there was a TV show called Yizo-yizo that I was not allowed to watch because it played just after bedtime. Of course, being forbidden to watch it made it all the more fascinating. The series was set in a 'kasi' or township and looked at the different factors that affected the lives of school children: from gangsterism, violence and peer-pressure to sex, teenage pregnancy and poverty. One aspect of the township culture that really stood out for me and had me secretly watching the series from the shadows of the hallway, was the drag-racing, spinning of cars on dusty roads (the driver hanging out the car through the window) and other phenomenal and over-the-top motoring feats!

I believe it is that culture, the memories of those decades-old bright red and yellow and white BMWs creating a haze of dust and endless circles on the ground, that has, in a profound way, influenced our love (and certainly my love) for all kinds of street-racing films in South Africa. And so, with the infamous and grossly successfulFast & the Furious films finally available to stream this July on Showmax, you know your girl had to tell y'all about it.

The Fast & The Furious

In the very first movie of the franchise, we are introduced to the characters who, after multiple sequels, will eventually become the badass family we have all come to hold so very dear. We meet Brian O'Conner (the cop trying to catch Dominic 'Dom' Teretto and his crew who use high-performance cars to engage in illegal street-racing, heists and hijacks), Lettie (the love of Dom's life), Mia Toretto (Dom's younger sister), Roman Pearce (the guy with the shiny forehead and whom we're always laughing at and not with), Tej Parker (the ultimate geek) and Han Lue (the guy who only has to rake his fingers through his hair to have all us women feeling some type of way).

The Fast & The Furious: Tokyo Drift

Now, I know many will beg to differ, but this is still my favourite sequel of all the films the franchise has ever made (yes, even the seventh and eighth sequels). I love the fact that it was set in Tokyo, and no spoilers for those who are new to The Fast & the Furious franchise, but LONG LIVE THE SCENE where the crowd at Shibuya Crossing parts in slow motion as Han races through the streets of Tokyo. And let's not forget my teenage crush, Bow Wow, who features in the film (with his strange green Hulk mobile) and of course the peppy soundtrack that remained my cellphone ringtone for months on end (I kid you not fam).

In this film, Brian, who is back to being an FBI agent again, is after a Mexican druglord named Braga. However, when (and here comes the spoiler), Letty is murdered, we really begin to see the bromance between Brian and Dom start to take shape as they try to find the man who murdered Letty. Dom, never one to shy away from blowing up stuff really goes hard in this film with some exceptional scenes that show his trademark fearlessness and infectious leadership style.

IS LETTY REALLY DEAD? Listen, that's all I wanted to know when I started watching this film and they knew that too which is why they waited until the credits (like seriously) to answer that single question. I mean, sure, Dom and Elena are cute but Dom and Letty, now they are levels (and we all know that). In this film we really get a strong sense of the unified family theme that is so central to these movies and dare I say, there may or may not be a Brian junior coming soon (my lips are sealed on that one). All I can say is, do yourself the biggest favour and give these movies a watch. As a former 'but I hate action movies' kind of girl, trust me when I say, you too will join me and so many others on the other side.

All these movies and more are available to stream at showmax.com. Sign up for a 14-day free trial, add to DStv Premium for free or pay just R49 if you're a Compact or Compact Plus subscriber. Sign up now »