Wiley, the 'Godfather' of Grime, Delivers a Flawless "Final" Album 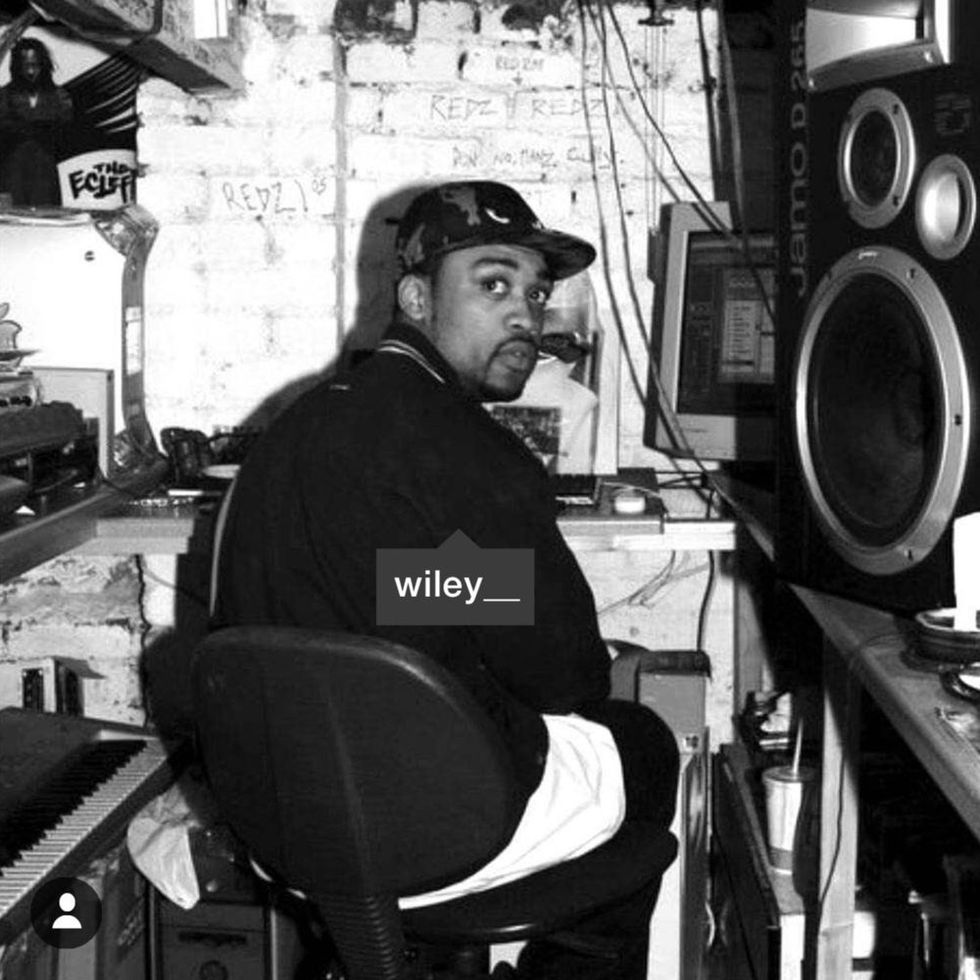 It takes bold vision and excellent execution to marshal close to two dozen MCs and as many producers into a cohesive whole. That's just what Wiley has done on his eleventh album Godfather, which is rumoured to be his last.

If it recalls Kanye West’s powers for orchestral machinations, the comparison is not misplaced. The first single “Speakerbox” opens with a snippet from what might have been a recorded interview and finds Wiley asserting that “there's no money record labels can offer us” before opening the verse with the words “I know my name is bigger than I make out."

Brag-swag such as this is indistinguishable from self-aggrandisement, just as when Jay Z asks “what's fifty grand to a motherfucker like me?,” rhetorical in his case, but plain truth-telling in both.

Wiley in grime approximates to Jay Z in hip-hop by way of longevity and sustained respectability. But where Hov seems to hog every watt of limelight shone on him, Wiley’s selflessness and generosity to younger artists—in the form of free studio time, features-as-plugs—should continue to be lauded.

It would take bags of confidence to title a song “No. 1 hit” on an album called The Greatest Yet, but this, in effect, is what Wiley has done with his album's fifth song “Back With a Banger”—an actual banger, which knows it's a banger, and is happy to tell you so. It's meta with the biggest wink.

The one true love song on the album is the most unlikely one, and if it sounds like an endorsement for Apple, it's a brilliant one. But far from it, “Laptop,” is a genuine worship-song for Wiley’s most faithful companion, the MacBook Pro.

It's endearing to see the genre-inventor and iconic figure that he is, pledging fidelity to his tool of trade, rather than casually trumpeting his skills in using it. Even though he sometimes succumbs to that temptation, casually confessing to having “bare records on the wall, it was looking like a New Era shop." The tropical-feel of what must be a xylophone on Zeph Ellis’ trippy beat adds a great deal of warmth to the mostly synths and bass-heavy production on the album

Grime’s growth from an inner city curiosity to an arena selling genre has earned it genuine fans, as well as wave-riders who Ghetts takes pointed aim at on “Bang” when he snarls: “culture vulture they owe us / oh now they know us.”

Ghetts’ delivery is sometimes like a deranged see-saw, which rhythmic beats and song structures only manage to keep in check. This imagined curtailment is not needed on “Bang,” for the zig-zagging of the violin strings perfectly accompany Ghetts’ whirlwind delivery.

The many standout features here all deserve mentions which only few will get. P Money’s verse on “P Money Remix” is a gale of wind when least expected. His verses are high voltage, for which Wiley’s own solid bars double as stabilizers. Most impressive is the absence of any weak songs. Each one is better than the other by degrees and none is poorly conceived.

The brief period between release date and the publication of a review often means giving less consideration to tracks that take longer to digest. “Bait Face” with Scratchy and “My Direction” with Lethal Bizzle are are two of such tracks. Perhaps some new releases deserve two reviews—a first reaction and weeks later a more considered one.

Save for the lush R&B of “U Were Always Pt 2” featuring his chief protégée Skepta and Belly, there aren't concessionary songs to the uninitiated.

For the genuine fans, a majority of the starkly brilliant seventeen songs here are a bounty.