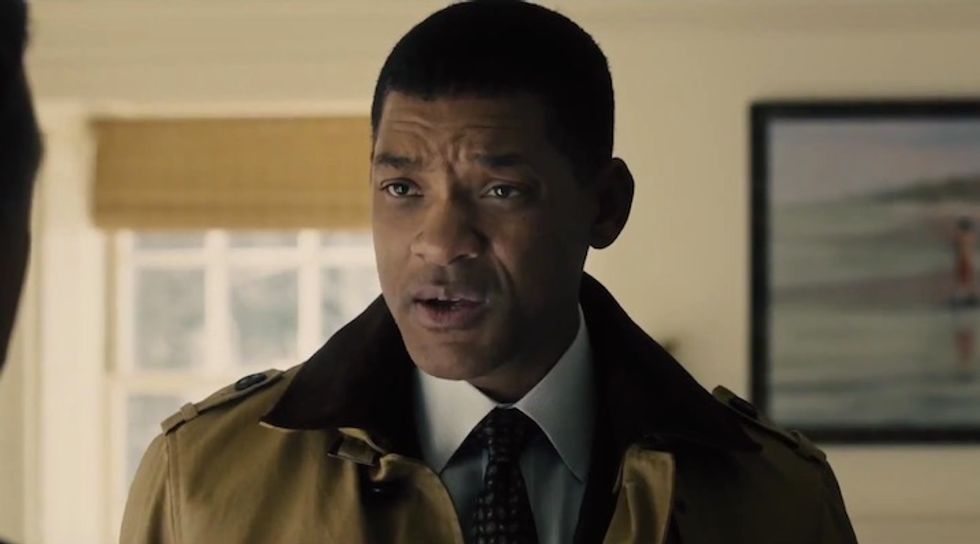 When the trailer for the upcoming Will Smith football biopic Concussion debuted in September it prompted an outpouring of incredulous responses from Nigerians shocked at Smith’s sorry attempt at a Naija accent.

In the film, Smith stars as Dr Bennet Omalu, the real-life, Nigerian-born neuropathologist who in 2002 uncovered a connection between brain trauma and the NFL after performing an autopsy on former professional football player Mike Webster. The movie dramatizes the aftermath of Omalu’s discovery of chronic traumatic encephalopathy (CTE) and his pursuit to tell the truth despite pressure to stay quiet.

While some writers—like Venture Africa’s Hadassah Egbedi—were quick to find pride in Smith playing a Nigerian hero, the conversation quickly turned to Smith’s attempt at an accent and Hollywood’s single story norms.

“Smith did OK. He sounds like most Americans sound when they’re trying to impersonate an African,” wrote The Root’s Diana Ozemebhoya Eromosele. “That generic African accent that Don Cheadle used in Hotel Rwanda, that Denzel Washington used in Cry Freedom and that Jennifer Hudson used in Winnie." Though Ozemebhoya Eromosele concluded that “it’s wonderful to see a Nigerian’s work and contributions to American medicine and professional sports being chronicled and saluted on the big screen.”

Quartz’s Omar Mohammed posed a similar question: “Why does every African movie character have the same accent?” “Concussion should be a unique story of Omalu’s heroic struggle to reveal the dangers of a sport that has become a billion-dollar business in the United States. It should be the true story of a pioneering Nigerian physician doing what he believes is right under extraordinary circumstances. But Will Smith’s generic African accent in the film reduces Omalu, the character, to another non-specific African.”

But according to this EW article, Smith spent months mastering the doctor’s “demonstrative hand gestures and singular voice” to prepare for the role. Smith “got so good at the specific way Omalu rounds his words and pitches his voice into the higher register,” EW reports, “that he was able to fool Omalu’s family and friends with his accent. He even tricked the doctor’s wife — for a moment.” The article adds, it was for “comprehension reasons” that led Smith to make Omalu’s accent his own “less extreme” version. “I didn’t want to distract people,” Smith is alleged to have said.

With a second, lengthier trailer for the film debuting yesterday, we now have even more opportunity to see Smith as Omalu.