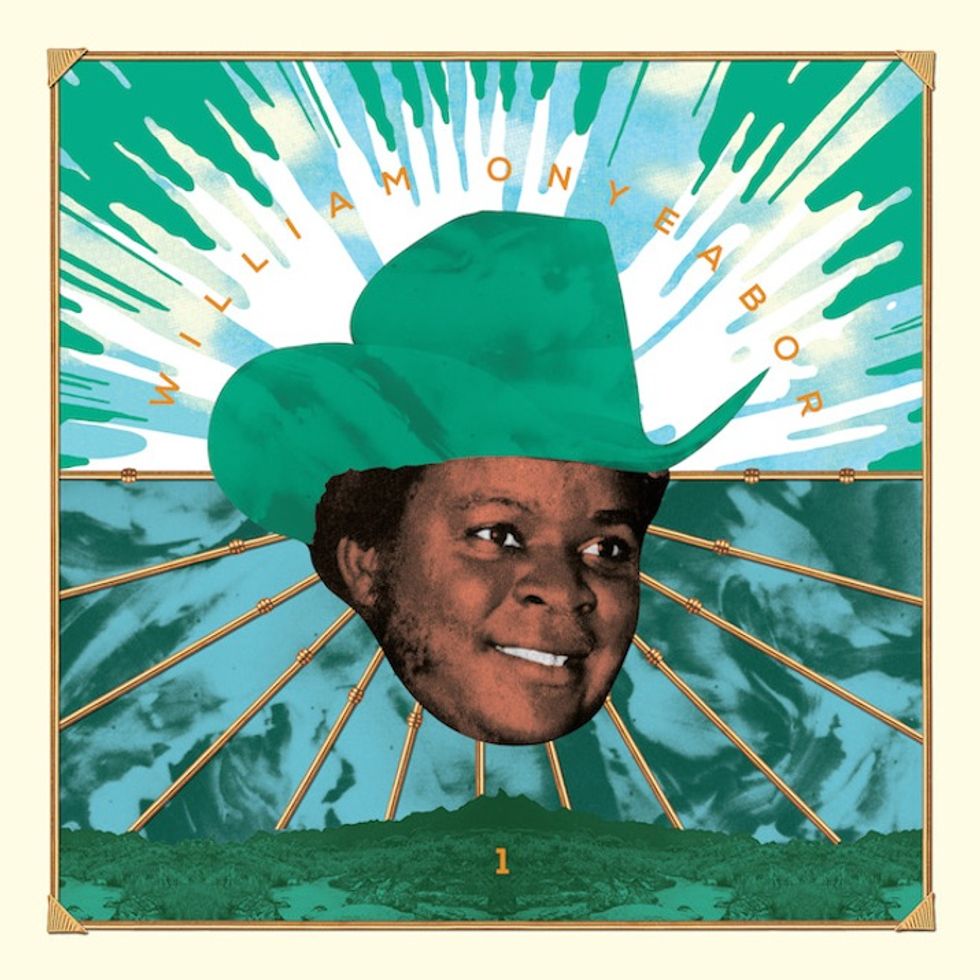 Luaka Bop will release all of Nigerian musician William Onyeabor's albums on November 18th, and puts on live show of his music on October 4.

After the rightfully celebrated release of Who is William Onyeabor? and a subsequent flurry of worldwide shows by the Sinkane-led Atomic Bomb! The Music of William Onyeabor, Onyeabor mania rages back this fall. Finally, the entire discography of the Nigerian funk/synth melder will see an official release on November 18th via Luaka Bop, the label started by Talking Heads frontman and Onyeabor champion David Byrne. Comprising all of the eight albums in remastered editions that William Onyeabor made between 1978-1985 and including remixes of Onyeabor songs by Peaking Lights and Man Tear, the set will drop as nine CDs, as well as two vinyl collections holding nine LPs and a couple of 7" singles.

In the wait for this remaining portion of Onyeabor's simultaneously provocative and entertaining music, Luaka Bop is presenting Atomic Bomb! Who is William Onyeabor? on October 4th in Central Park. The final event in the label's 25th anniversary festivities and happening as part of the Modern Sky Festival, Atomic Bomb! Who is William Onyeabor? will feature Sinkane, Money Mark, Hot Chip's Alexis Taylor, Pharoah Sanders, Jamie Lidell, Peaking Lights, Dead Prez, and South Africa-based Mahotella Queens. After the show, there will be a celebration of Nigeria's Independence Day. Keep posted for the new Onyeabor collection and find out more information about the concert here. In the meantime, check out the cover artwork for the first vinyl box above & volume two below and stream Peaking Lights' remix of "Body and Soul." See the full lineup for Modern Sky Festival below the album art.