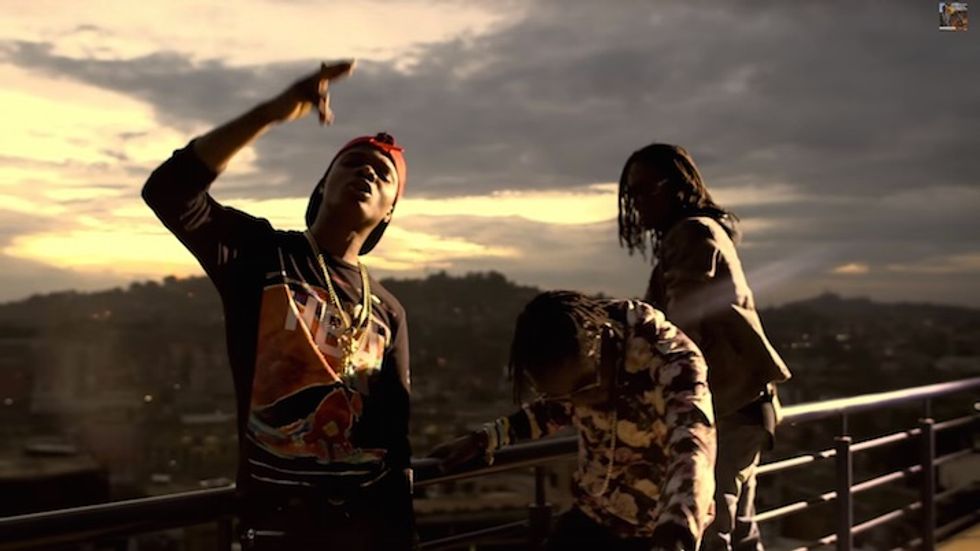 Two months ago, Nigerian superstar Wizkid joined forces with Goodlyfe Records duo Radio and Weasel to whip out their reggae single "Don't Cry." With the Ugandan duo's signature reggae vocals and Wizkid's penchant for dancehall, a collaborative effort between the artists seemed inevitable. The duo linked up with Wizkid back in October during his performance at the Guinness All Black VIP Party to both record and shoot the video for "Don't Cry." Courtesy of Ugandan producer Washington, the song opens up with delicate synth that break down into Wizzy and Weasel's crooning all over this classic dancehall riddim. Coupled with female background vocals, "Don't Cry" almost sounds like an ode to Bob Marley's "No Woman No Cry," but with much more uptempo gust. For the visuals, the men keep it simple. Directed by Ahoy Films (whom the duo previously enlisted for "Fantastic" and "Can't Let You Go"), scenes cut between color & black-and-white shots of the artists on a secluded rooftop. They take turns speaking about "that one girl"  before joining the crew back in the studio to record. Watch the collaborative effort between Wizkid and Radio & Weasel below.