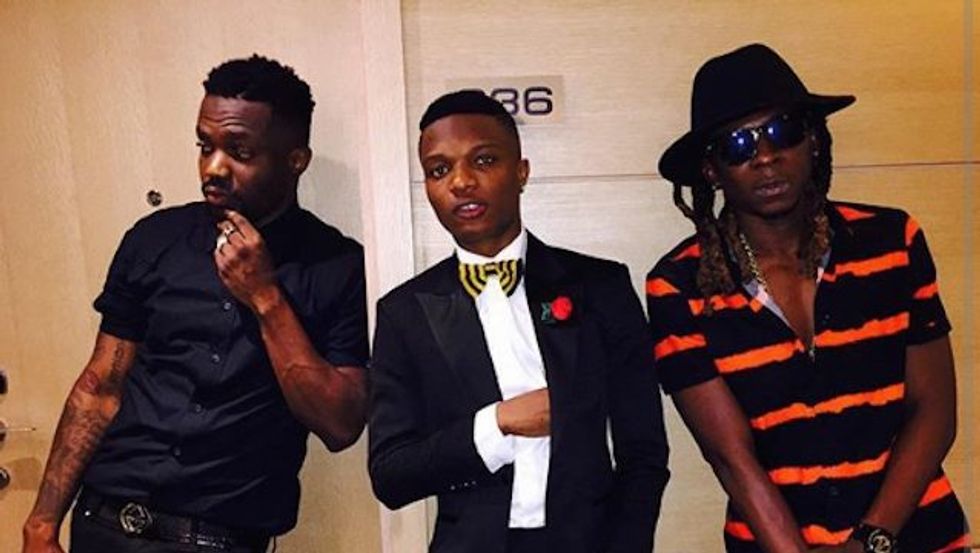 Wizkid made a major announcement over the weekend at the 2016 Vodafone Ghana Music Awards. After his performance at the VGMA’s, the Nigerian singer revealed that he’s signed top Ghanaian stars R2bees, Efya and Mr Eazi to his Starboy Worldwide label.

The signing is a big move that’ll bring some noteworthy Ghanaian and Nigerian musical power together under the Starboy umbrella, as the Ghanaian acts will be joining the likes of Legendury Beatz, Maleek Berry, and L.A.X on the label’s roster.

Wizkid also announced that R2Bees’ Paedae aka Omar Sterling will be the new president of Starboy Worldwide and teased an upcoming remix of Mr Eazi’s “Skin Tight” alongside Justin Skye.

See all the tweets and revisit R2bees & Wizkid's "Slow Down" below. We’re curious to see how this new Nigerian-Ghanaian connection works out for Starboy in the near future.