Wizkid Is Trending For His Baby Mama Drama 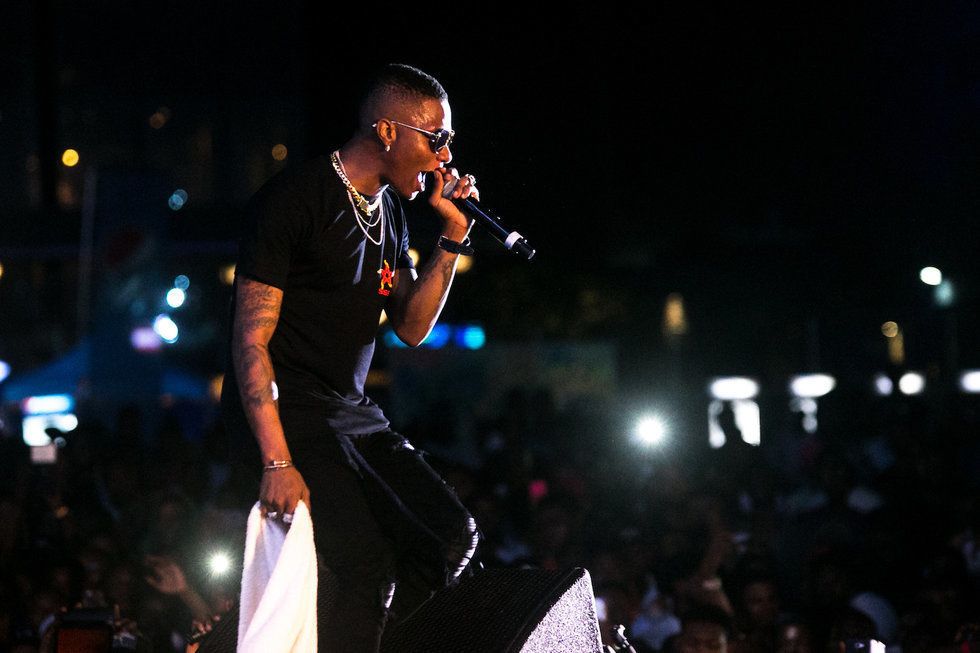 The Nigerian superstar is getting blasted by Shola Ogudu and roasted by his fans.

Wizkidis trending today for all the wrong reasons.

The Nigerian singer is getting blasted by his fans after Shola Ogudu, the mother of his son Boluwatife, went off on his treatment of their son across social media.

Shola posted a long note about Wizkid's treatment of 7-year-old Tife and even shared a number of text messages between Wiz and her to showcase his lack in parenting.

Among other things, throughout her post Sholu claims that Wizkid initially denied paternity and that he took over a year to show up for a paternity test:

"You and your family asked for a DNA test...Which my family and I without hesitation agreed to; This same DNA test that took you well over a year to show up for; Results came out 99.9% Positive."

That Wizkid is a "social media daddy":

"You tatto'd his name so the world can see you as a loving daddy. I always wondered why you were so quick to send clothes and shoes, little did I know that it was for the appearance. Even the star boy chain and jewelry you claimed you got him, did you or did you not take it back?! Social media daddy"

That Wizkid's hasn't been around for one of TIfe's birthdays in seven years:

"7 years down the line and you have NEVER been present for one of Tife's birthdays '7 YEARS' Ayodeji!? Your own flesh and blood!?"

That Wizkid shockingly tried to prove his then 4-year-old son wasn't gay and sent him home with a 'weed crusher':

"I remember sending you photos from my 24th birthday and you questioned his sexuality...You asked if your 4 year old son (at that time) was gay from an innocent photograph, I've had your female friends walk up to me and talk to me bout... how you tell Tife to touch their boobs or ass to be sure he aint gay or the day you had him for the weekend and sent him back to me with a 'Weed Crusher' in his bag."

The allegations go on and also include Wizkid making Shola turn down a $3 million modeling contract for her son but rarely supporting them financially. You can read them all below, plus see the text messages between Shola and Wizkid posted underneath and on Shola's IG page.

Wizkid hasn't answered to Shola's claims yet, but his Twitter has him looking for Naija food in Milan.

For their own part, fans seem to be split on social media about this. While many are, rightfully, roasting Wizkid for it, some of his fans have come to his defense.

Where do you land?