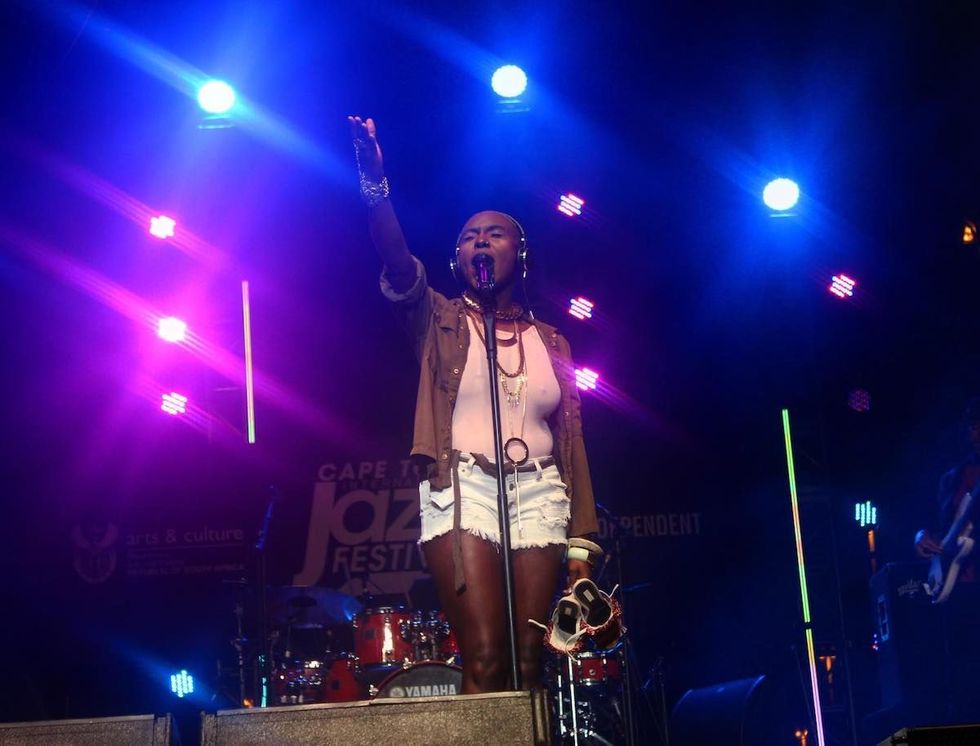 This year’s 18th annualCape Town International Jazz Festival had some heavy-hitters when it came to performers, but the highlight were the women who graced the stage.

While Saint Jude hails from Cape Town, the visit was a first for Andra and Syd of The Internet who were excited to switch up their set to appeal to the international crowd.

Syd also touched upon future shows in the country.

“We would love to come back and perform for an actual Internet fan crowd. Best believe we would love that, but it's really expensive to get out here with five of us though. [chuckles] We just have to wait for the right offers to come in. As soon as we can come back and plan some shows—I know Joburg has been really adamant about us coming there. We would love to go.”

Andra was also excited about the festival, foreshadowing her lively performance that incorporated elements of South African music.

“I think, traveling to Africa, the vibrant music scene, the sounds that people love here, you take that into consideration. And then also you take into consideration that it is a jazz festival,” she said about remixing her usual set.

Considered one of Africa’s largest music festivals, the event held in the Convention Center of downtown Cape Town brings in thousands of attendees. In addition to lively performances, the week-long event also includes master classes and workshops all focused around the genre of jazz.

For traditionalist Nomfundo Xaluva, this year proved as another great opportunity to show the diversity in jazz.

“There's this movement in the jazz scene in South Africa now where young people are excited to sing that music and to hear that music and to reinterpret the music,” Nomfundo noted about the idea of jazz being a fading art.

“And because the struggle isn't really over, those songs from back in the '40s and '50s still ring true today.”

“This whole myth that jazz or the old music is reserved for back in the day, it's a complete myth," she added. "People are proud to be black South African, and be proud of their history and the role that jazz played in it.”