The World War I In Africa Project 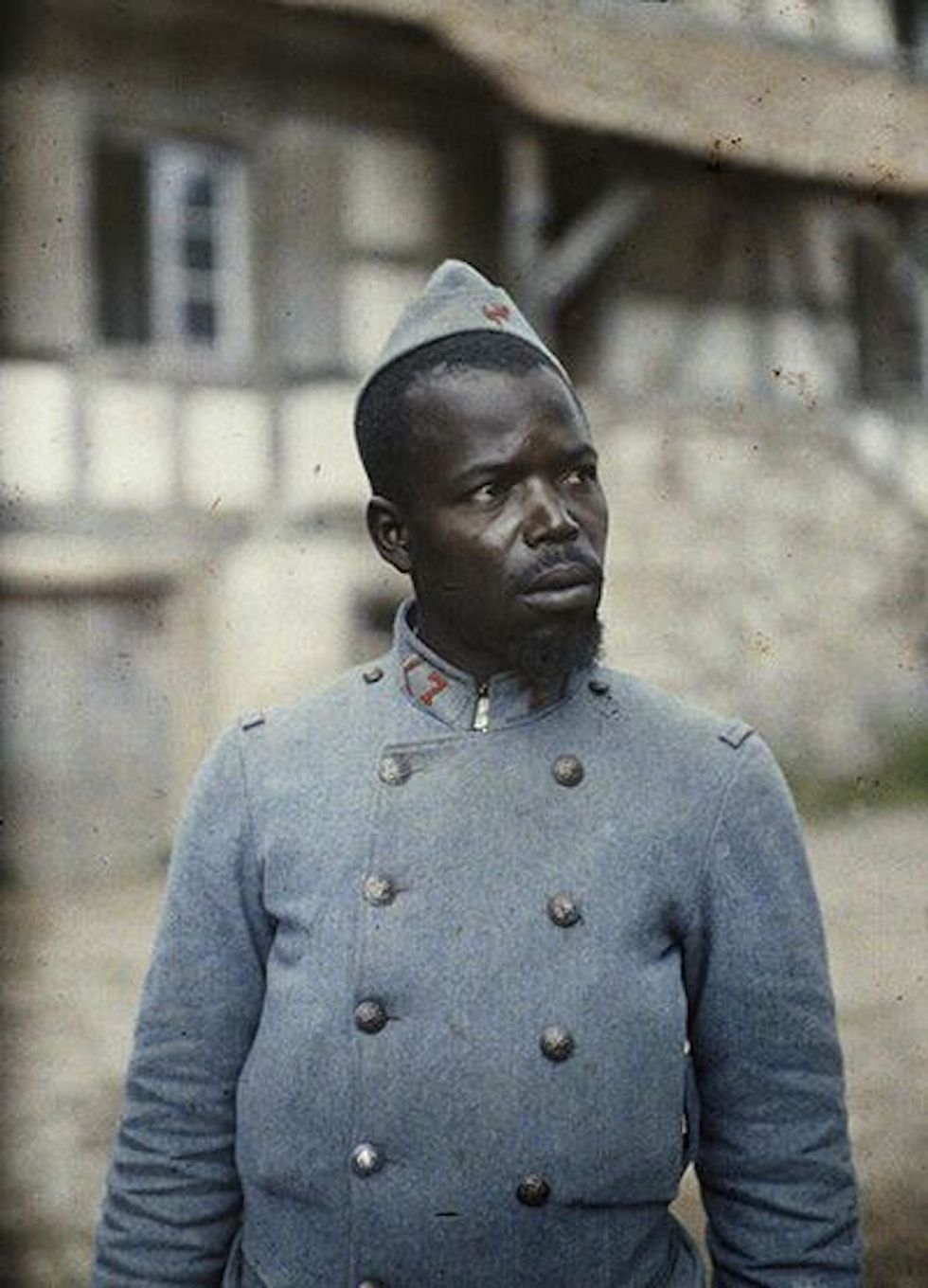 To commemorate the centenary of WWI, the World War I in Africa Project reveals the forgotten history of the impact of WWI in Africa.

On August 7, 1914, the first shot fired by British troops in World War I took place in Togoland (the German colonial protectorate now know as Togo) and is commonly attributed to sergeant-major Alhaji Grunshi of the Gold Coast regiment. Grunshi’s act showcases rather clearly how the European dispute played out in its colonial territories abroad as well as the active involvement of Africans in the Great War. Yet despite this history, the story of WWI and how it has been popularly remembered has been one void of an African presence.

An estimated two million Africans from Algeria to South Africa were pulled into the conflict serving as workers, soldiers and porters in order to defend the interest of foreign powers. Dragged into the dispute by the yoke of colonialism, battles between French, Belgium, British, German and Portuguese colonial empires played out on African soil, setting Africans against each other for reasons unbeknownst to them. WWI's impact on the continent was massive. Tens of thousands of African lives were lost. Borders were redefined, economies transformed and people displaced. The consequences of WWI in Africa extended far beyond the four-year span of the war. Yet little is known about this history outside the realm of academia.

As the world embarks on centenary commemorations for the Great War, the World War I In Africa Project hopes to lift the euro-centric veil that clouds memories of the war by re-framing understandings of WWI to include the many diverse people who the war effected and the forgotten spaces it seeped into. Described as a citizens’ initiative by its creators, Tanzanian cultural activist Kathleen Bomaniand French geographer and cartographer Jacques Enaudeau, the project seeks to unite people throughout the globe in a collective exhuming and re-learning of a prolific history. Through utilizing the wide-reaching power of the internet and social media platforms, the World War I In Africa Project looks to engage Africans and Europeans alike through the dissemenation of  photos, propaganda posters, maps and other visuals from former colonial powers that reveal a more complex history then the one that is remembered in popular imagination. In the words of the creators themselves,

"The task we've given ourselves is not to commemorate the passing of the war, but to restore its meaning. The next four years represent a window of opportunity to connect the dots and discuss the knots, to challenge the boilerplate narrative and change the usual narrators."

Visit the World War I In Africa Project on their website,facebook and twitter for frequent updates with media commemorating historic events that took place during WWI from an African perspective.