Wyclef Jean Detained By the LAPD for Being Black 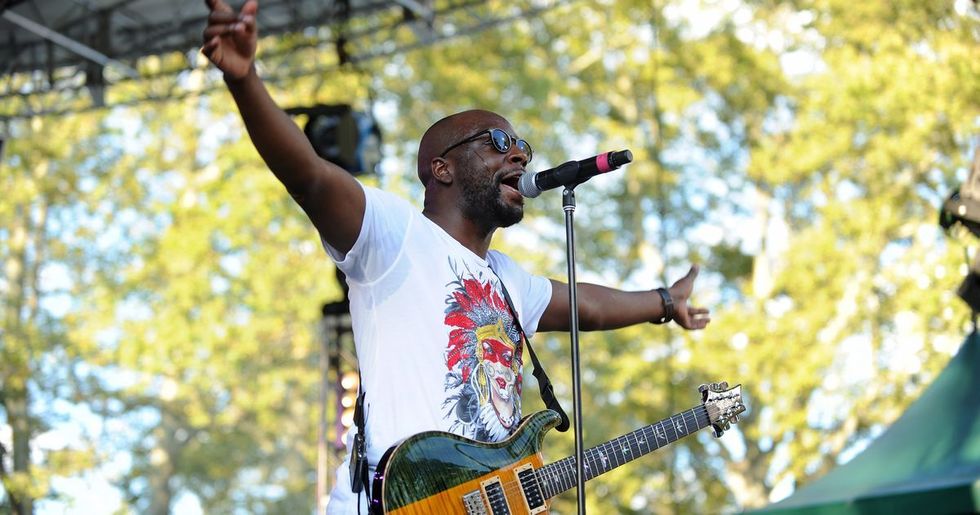 Wyclef Jean was handcuffed and detained this morning in L.A., after being mistaken for a suspect in an armed robbery.

Wyclef Jean was detained earlier this morning in Los Angeles after he was mistaken for a suspect in an armed robbery. The singer says he was handcuffed by police officers at a gas station, without being told why.

“LAPD, another case of mistaken identity. Black man with red bandana robbed a gas station as I was in the studio working, but I'm in handcuffs?” said Wyclef.

He was eventually released after police officers figured out that they had the wrong person.

Why am I in Handcuffs!!!!!????? This is what I said to the LAPD after they put me in Handcuffs… https://t.co/accbcWuAYe

I was asked by the police to Put my hands up. Then I was told do not move. I was instantly hand cuffed before being asked to identify myself

Nor was I told why I was being cuffed. In the process I said my name and told them they have wrong person.

They proceeded to ignore me and I was treated like a criminal until other police showed up and pointed out they had wrong person.

I am sure no father wants his sons or daughters to see him in Handcuffs especially if he is innocent.

As some one who has law enforcers in my family, I was appalled by this behavior of the LAPD.

LAPD another case of mistaken identity. Black man with red bandana robbed a gas station as I was in the studio working but im in handcuffs? pic.twitter.com/vjRfJUkooA

First of all, why don't they know who Wyclef Jean is?

Secondly, and perhaps more importantly, why is this still happening?

Remember that very expressive song that N.W.A. wrote all those years ago about the mistreatment of young black men by the police? Or the riots that occurred in L.A. following the acquittal of the cops who mercilessly beat Rodney King? These things happened decades ago, but even after all this time, it appears that the LAPD's track record is still trash. Let this be yet another reminder to them that BLACKNESS IS NOT A CRIME.