We're All From The Same Bloodline: Lerato Mokobe Performs A Poem On Xenophobia In South Africa 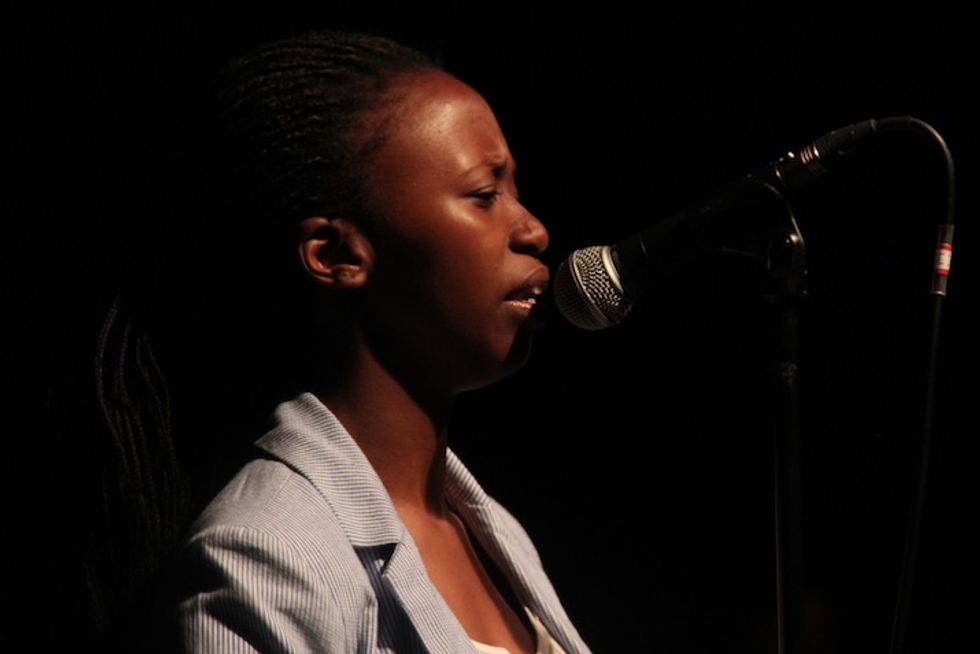 In February, Okayafrica contributor Sabelo Mkhabelaspoke with South African slam poet Lerato Mokobe. The 19-year-old TED fellow had appeared on Mkhabela's weekly Headwarmaz show on Bush Radio in Cape Town to perform a poem about xenophobia. "In my country we have learned to lynch our own. Our brains are apartheid babies that have left us with xenophobic stretch marks," Mokobe says in the two-minute piece. Later she adds, "Our eyes have adjusted to only seeing our nationality. Even in the township there was a rumor you could smell the odor of a foreigner from five kilometers away."

Written in 2014, the poem precedes the latest wave of xenophobic attacks against foreign nationals in South Africa, which has left thousands displaced and up to five people reportedly killed in the province of KwaZulu-Natal. "I wrote the xenophobia poem before violence grew because I knew very well that a mentality can easily become an action. And we've seen that many a times in South Africa," Mokobe told us over email last week. "In my xenophobia poem I wanted to shed light on its inherent existence in our society and how wrong it is considering we are all from the same bloodline," she said. What we are doing to other Africans by killing and looting their livelihood is similar to cutting our limbs off. If we are ever in need, they will rightfully turn a blind eye to us."

Reflecting on her own experience with xenophobia, Mokobe told us, "I remember when xenophobia was in the rage in 2008, I used to get questioned about my nationality because I'm a bit on the darker side. So I had to always watch my accent around certain areas etc. I've also watched people loot stores and police not reprimand anyone. I was that one who stood to the side shouting at friends about how this was unethical. I'm no hero. But I condemn xenophobia as a whole. Those mentalities are rife in the taxi industry as well. I once saw a grown African man cry in a taxi because South Africans were harassing him about missing taxi money. Little kids were ridiculing him. What about his dignity and his manhood? It's tough out here."

Listen to Lerato Mokobo's poem on xenophobia, performed in January on Headwarmaz on Bush Radio. Special thanks to Sabelo Mkhabela.