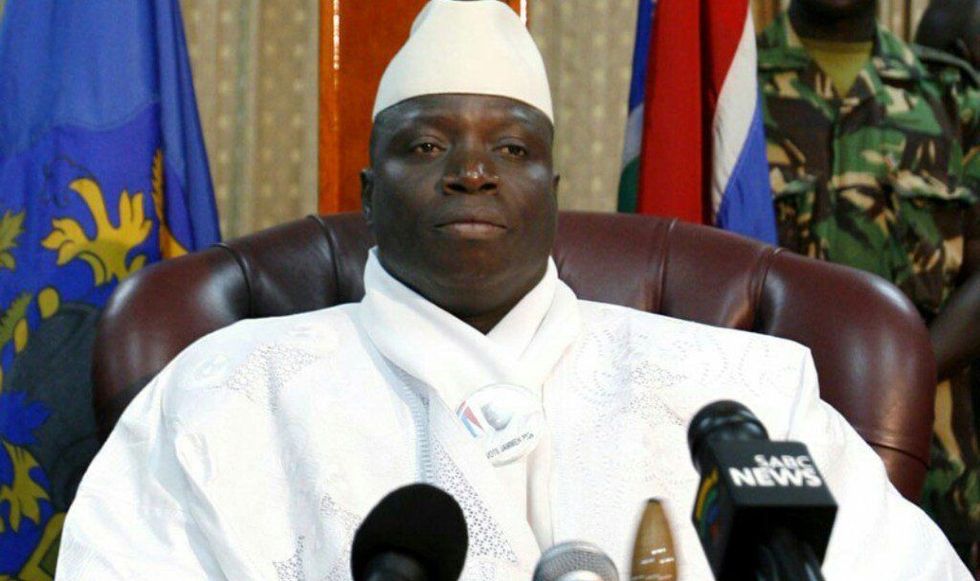 An op-ed on how Yahya Jammeh's departure shows ECOWAS' urgent need to take a stance of justice for future crises in West Africa.

Joy now runs through Africa’s “Smiling Coast” as The Gambia’s dictator Yahya Jammeh has finally ceded power to President-elect Adama Barrow after 22 years. While the former president’s departure has been heralded as a victory for Gambians, it was a botched opportunity for the Economic Community of West African States (ECOWAS) to show its diplomatic strength.

While blood drops may not have been shed, Jammeh has bled the country dry. During a press conference in Senegal, President Barrow’s special adviser Mai Ahmad Fatty claimed that Jammeh stole over $11 million dollars during the two-week electoral impasse. The former dictator, who flew to his new life in exile via private plane, also absconded with his fleet of Rolls Royces, Mercedes-Benz, and other luxury cars—each with “His Excellency Sheikh Professor Doctor Yahya AJJ Jammeh” embroidered on the headrests.

Under the joint declaration by the United Nations, African Union and West African regional bloc ECOWAS, Jammeh is not only at liberty to retain his ill-gotten assets, but he is at liberty to return to The Gambia at the time of his choosing.

Having rejected opportunities for asylum in Morocco and Nigeria, Jammeh heads to Equatorial Guinea, where he will no doubt receive a warm welcome from Teodoro Obiang, Africa’s longest serving dictator. Obiang has his own fearsome reputation for torture and a healthy appetite for corruption and, if rumors are to be believed, cannibalism. Given that Obiang’s own son Teodorin is on trial in France for embezzlement, and, moreover, Obiang and Jammeh own mansions on the same street in the tony Maryland suburb of Potomac, Equatorial Guinea’s aging dictator is unlikely to bat an eye at his peer's indiscretions. More importantly, he will not hand the Gambian ex-president over to the International Criminal Court (ICC) as Equatorial Guinea is not a signatory to the Rome Statute.

With no discussion of prosecution and such a flagrant display of corruption following years of repression, can Jammeh’s departure truly be ruled a victory for ECOWAS? Rather than delivering justice to the Gambian people, ECOWAS handed Jammeh a golden parachute.

On one hand, ECOWAS involvement in the Gambian electoral crisis signals progress for a regional bloc with a reputation for protecting outdated incumbents over democratic leaders. On the other, although ECOWAS has played a previous mediating role in recent regional conflicts in Burkina Faso and Côte d’Ivoire, allowing Jammeh to leave The Gambia with de-facto immunity signals toothless diplomacy.

ECOWAS deployed a military operation comprised of tripartite coalition of Senegalese, Nigerian and Ghanaian soldiers with Nigerian air and water support. For The Gambia, a country with little more than a 1,000 soldiers, challenging such an operation would have been foolhardy. In the face of this formidable display of force, the Gambian army chief even admitted that the army would not fight the intervention prior to Jammeh stepping down. Given the backing of the international community and the strength of its military force, ECOWAS had the bargaining chips. Yet it gave them away.

The dawn of The Gambia’s Third Republic is the latest sign that West Africa, a region often troubled by political crisis, is committed to embracing democracy; however, a return to rule of law should be accompanied by justice. In future interventions, ECOWAS, as West Africa’s largest regional bloc, must adopt a stronger stance during such crises or risk undermining its legitimacy.