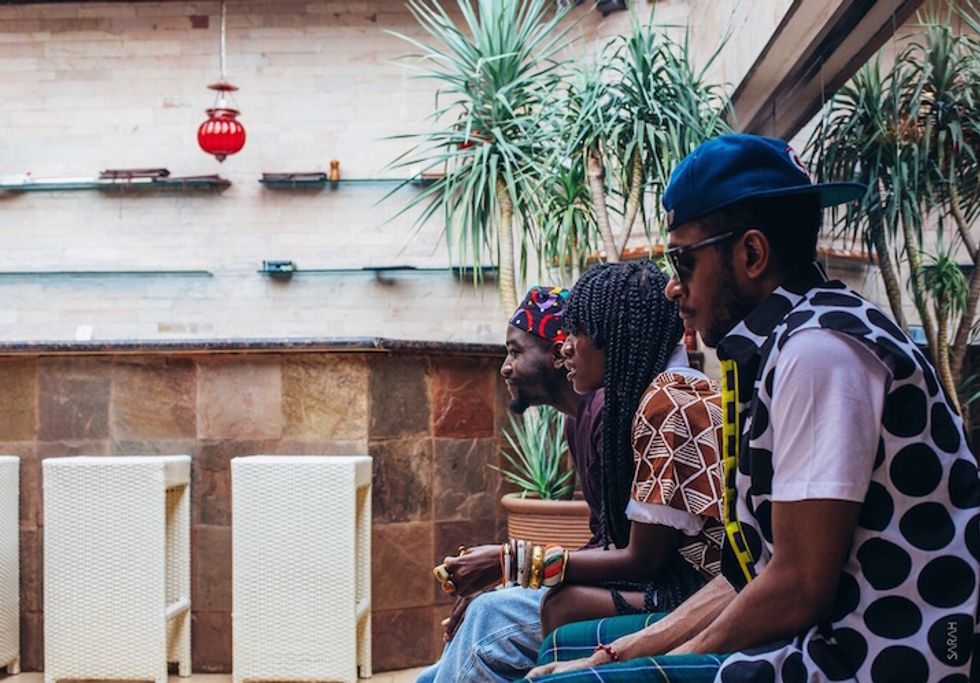 All photos by Sarah Waiswa

Last month Yasiin Bey (formerly Mos Def) was in Nairobi for what was being publicized as his first “first trip to East Africa.” While in town Bey linked with Kenyan brother-sister style and art enthusiast duo 2manysiblings. The meeting was a follow-up to siblings Velma Rossa and Papa Petit's interview feature on the rapper's website, A Country Called Earth, which he and Chicago-based journalist Ferrari Shepard conceived during a trip to Morocco last year.

According to Velma Rossa, "He [Yasiin] came down to Kenya for a music performance and our good friend Buddha Blaze, one of the organisers of Yasiin's trip down here, hooked us up." Papa Petit added, "we were afforded the opportunity to simply hang out and be part of his travel experiences. We attended the artist's panel talk at Pawa254 where he shared his insights on being a creative, hopes of easing creative-based movements across borders... inspirations."

On what they wanted to show Bey in their hometown, Papa Petit tells us "we took him to a couple of spots we like. Kuona Trust art centre where he met artist Cyrus Kabiru and purchased some funky eyewear. Had some good food at Juniper's Kitchen, the nightlife at THE BUS and did an impromptu photo shoot (his brilliant idea) with photographer Sarah Waiswa which we are very excited about." Velma added, "basically he got to experience our nighlife, art, creative and food cultures... I think the crazy / chaotic traffic on our roads is also some sort of culture experienced?"

See more from 2manysiblings impromptu shoot with Yasiin Bey, shot by Ugandan-born, Kenyan-based photographer Sarah Waiswa, via A Country Called Earth. Stay tuned for news on Papa Petit and Velma Rossa's thrift socials, an initiative they say blends creative cultures (musicians, photographers, and  thrift vendors) to give back to their community in Nairobi.