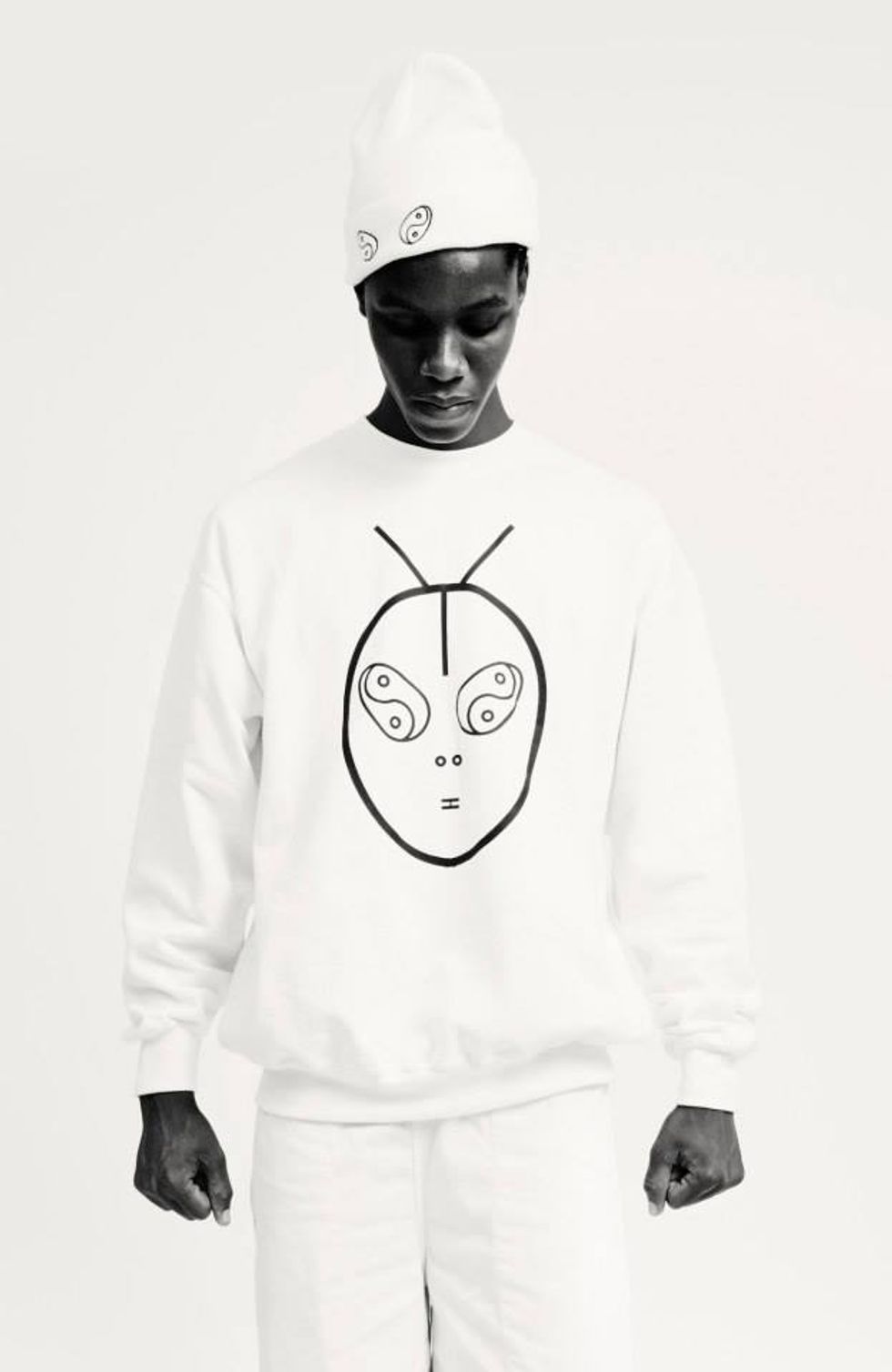 YOH! is something of a sub-cultural institution in Cape Town and Johannesburg. The creative brainchild of South African event organizers and (more recently) street style gurus Patrick Visser and Raees Saiet, the YOH! brand started out as a monthly party series that combined film and music in Cape Town, before ultimately expanding to Joburg. It wasn't long until Visser and Saiet set their sights on multi-media realms, including radio (they host a show every Thursday on Assembly Radio) and blogging. Most recently they've made the move to style. Earlier this month YOH! unveiled its new lookbook featuring a streetwear line of black-white long plus short sleeve tees, golf shirts, sweatshirts, and beanies. "We came up with the concept for a monochromatic street look that draws on the minimalism of certain high fashion trends whilst maintaining South African relevance," YOH! says. Travys Owen, who's behind some pretty iconic photos of Petite Noir, shot the lookbook in his own apartment/pop-up studio. The team also enlisted We-Are-Awesome's Adriaan Louw to direct an accompanying video shot in various locations around Cape Town and featuring music from CT beatmaker Cutting Gems. Watch the short film below and scroll on for our full Q&A with YOH! founders Patrick Visser and Raees Saiet.

Okayafrica: How would you describe the phrase "yoh" to our readers?

OKA: When and how did you start throwing your parties?

Patrick Visser: The first party was at a small venue called Hectic On Hope in August 2012. I was doing pop-up cult/classic film screenings around town and decided to combine it with a friend's design label and incorporate our passion for music. It was going to be a once off thing, but the response to the first one was really great, so we did a second one and the rest is history.

OKA: What are some good films that have come out this year?

Patrick: I love film, but I've really been slacking this year and have mostly watched films that I missed from the last few years. I recently watched 2012's The Act of Killing which was very good. I quite enjoyed The Third Person even though it's gotten mostly terrible reviews. I knew nothing about it beforehand and was pleasantly surprised.

Ra-ees: I liked the Lego movie.

Patrick: I don't really associate streets with best dressed people, but I guess a lot of people would associate Kloof Street in Cape Town with that and perhaps a street in Braamfontein, Johannesburg. I'd have to see more streets in Joburg to determine that to be honest.

OKA: When did you decide to expand into clothing?

YOH!: We dabbled in clothing for the first time in December 2012 with a few t-shirt designs, but started to be more serious about clothing as a real possible venture at the end of 2013.

OKA: Who did the designs featured in the YOH! lookbook?

YOH!: Raees did the designs for the lookbook with input and feedback from Patrick.

OKA: Where in SA do you sell your clothing?

YOH!: We have decided for the time being to sell exclusively on our online store, however we also do pop-up sales at spaces every now and then and at our parties.