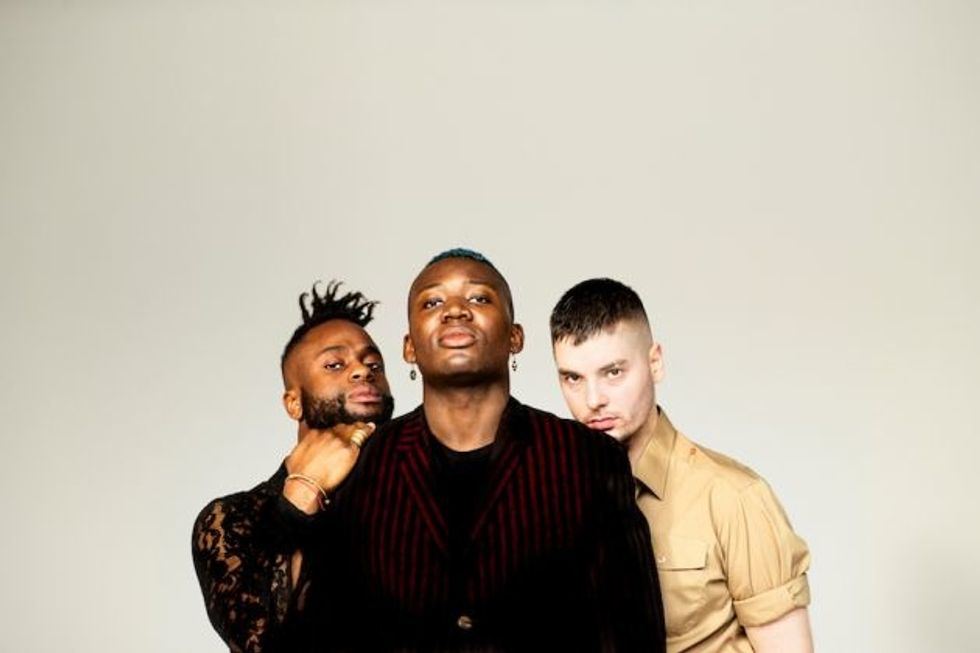 There are some exceptionally beautiful moments on Cocoa Sugar, but Young Fathers' new album still leaves something to be desired.

Scottish-Nigerian-Liberian trio Young Fathers have been inching towards the UK mainstream with their jubilant, genre-defying tracks for the past few years. Leading up to their most pop-accessible album yet, Cocoa Sugar, the band did some serious woodshedding—writing original music for the highly anticipated Trainspotting sequel and collaborating with the iconic Massive Attack.

There's something undeniably cool and exciting about Young Fathers, but they're moving further and further away from the hip-hop tropes and abrasive punk integrity that first drew us in. And as provocative and antagonistic as Young Fathers have made themselves out to be in the past, the band now shies away from anything controversial or potentially career damaging.

And last summer, in the wake of WMABMT, Young Fathers released a short film in collaboration with the Scottish National Portrait Gallery. The video featured Young Fathers member Kayus Bankole shadowboxing pristine works of art, presenting himself in opposition with the famed white subjects of Scotland's past, set to a poem about post-colonialism. It might be the most powerful image the band has ever released, but they ultimately requested that the museum take down the video after receiving critical backlash and accusations of racism.

Cocoa Sugar reigns in Young Fathers' experimental tendencies for a more straightforward pop effort (ironic seeing as it's also the band's first release on the left-leaning electronic label Ninja Tune). It's a natural enough evolution for a band who won the esteemed Mercury Prize in 2014, but the world of pop will always be more unforgiving than the spheres of underground and experimental music where Young Fathers had their come-up.

There are some exceptionally beautiful moments on Cocoa Sugar, but it's never enough to maintain the illusion that Young Fathers are breaking new ground. Some of its best ideas feel wholly derivative. "Fe Fi" is dystopian soul with a post-punk edge, biting off the piano-heavy loops and surreal sound collages of British-Nigerian artist Klein. With a few slight alterations, their enthralling alt-rock jam "Wow" would sound nearly identical to TV On The Radio's eponymous single "DMZ".

Similar references to Metronomy and Arcade Fire make themselves known, but Young Fathers still managed to produce a few solid songs that sound gripping and unique. Lead single "In My View" is prime pop magic, uplifting and infectious, albeit a little tame. "Holy Ghost" is another clear standout, a downright nasty tune that bangs, made more brash and ballsy with its allusions to Christianity. It's enough to make us hopeful for a follow-up album that perfects the pop formula Young Fathers dabble with on Cocoa Sugar.