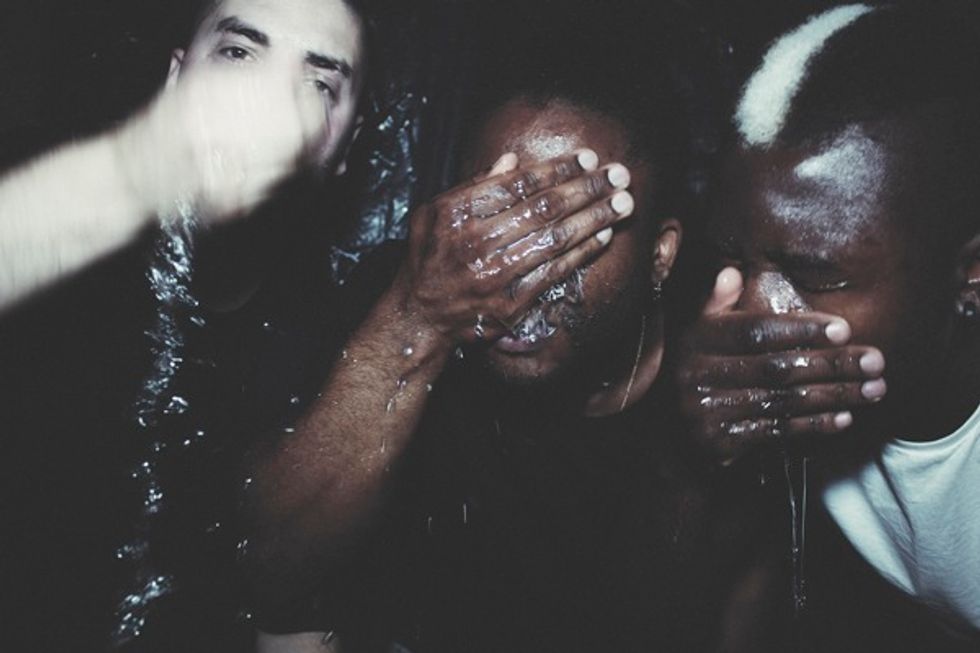 Though based in Edinburgh, Young Fathers have the DNA of globalized times. The trio play a left-of-field marriage of art-rock and 90s rap laced with heavy percussion & group vocals influenced by group members Alloysious and Kayus' respective Liberian and Nigerian origins. The video for "Deadline" (below) showcases the modern melting-pot style of their upcoming Tape One EP — which has been out in several cyber-formats for some time but is now getting an official release by Anticon.