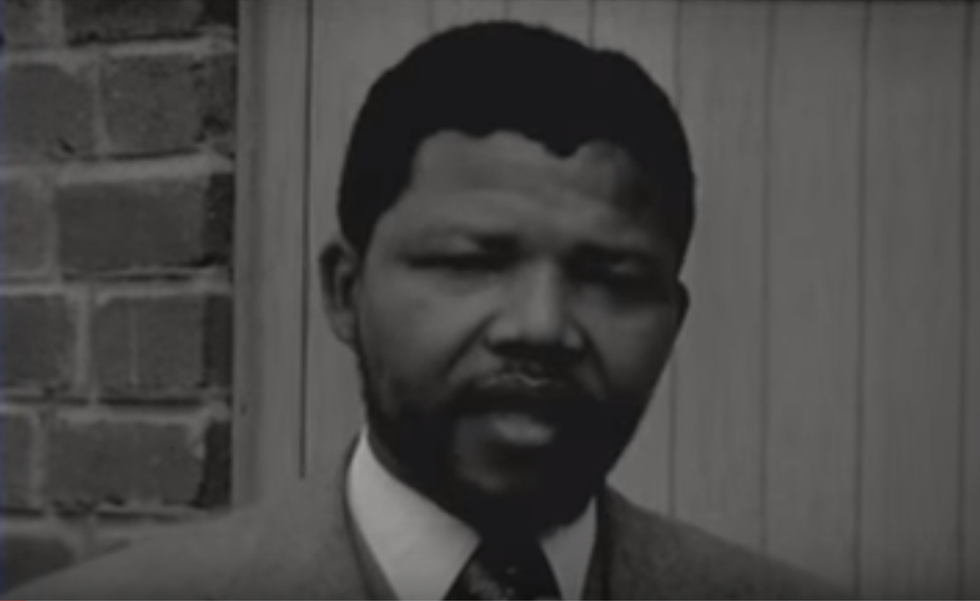 "From the very beginning, the African National Congress set itself the task of fighting against white supremacy."

"From the very beginning, the African National Congress set itself the task of fighting against white supremacy."

A young, bearded Nelson Mandela, dressed in sartorial attire of the era, utters those words in never-before-seen footage uncovered by researchers believed to be his earliest television interview, the BBC reports.

According to the Nelson Mandela Foundation, the 24-second clip dates back to May 1961 filmed by British broadcaster ITN as part of a Dutch television program on South Africa's racist apartheid policies that still rear their ugly head (no pun) as we’ve seen with the protests led by students, alleging discrimination for wearing their natural hair, at Pretoria High School for Girls and Lawson Brown High School this week.

The anti-apartheid activist, who would become president three decades later in South Africa’s first multiracial election after spending a 27-year stint in prison for sabotage and treason, continues in the grainy black and white footage:

We have always regarded as wrong for one racial group to dominate another racial group. And from the very beginning the African National Congress has fought, without hesitation, against all forms of racial discrimination and we shall continue to do so until freedom is achieved.

Mandela’s words, touching on white supremacy, offers perspective that the global struggle for equality and justice for black people has been long and hard-won.

Watch the rare footage below: