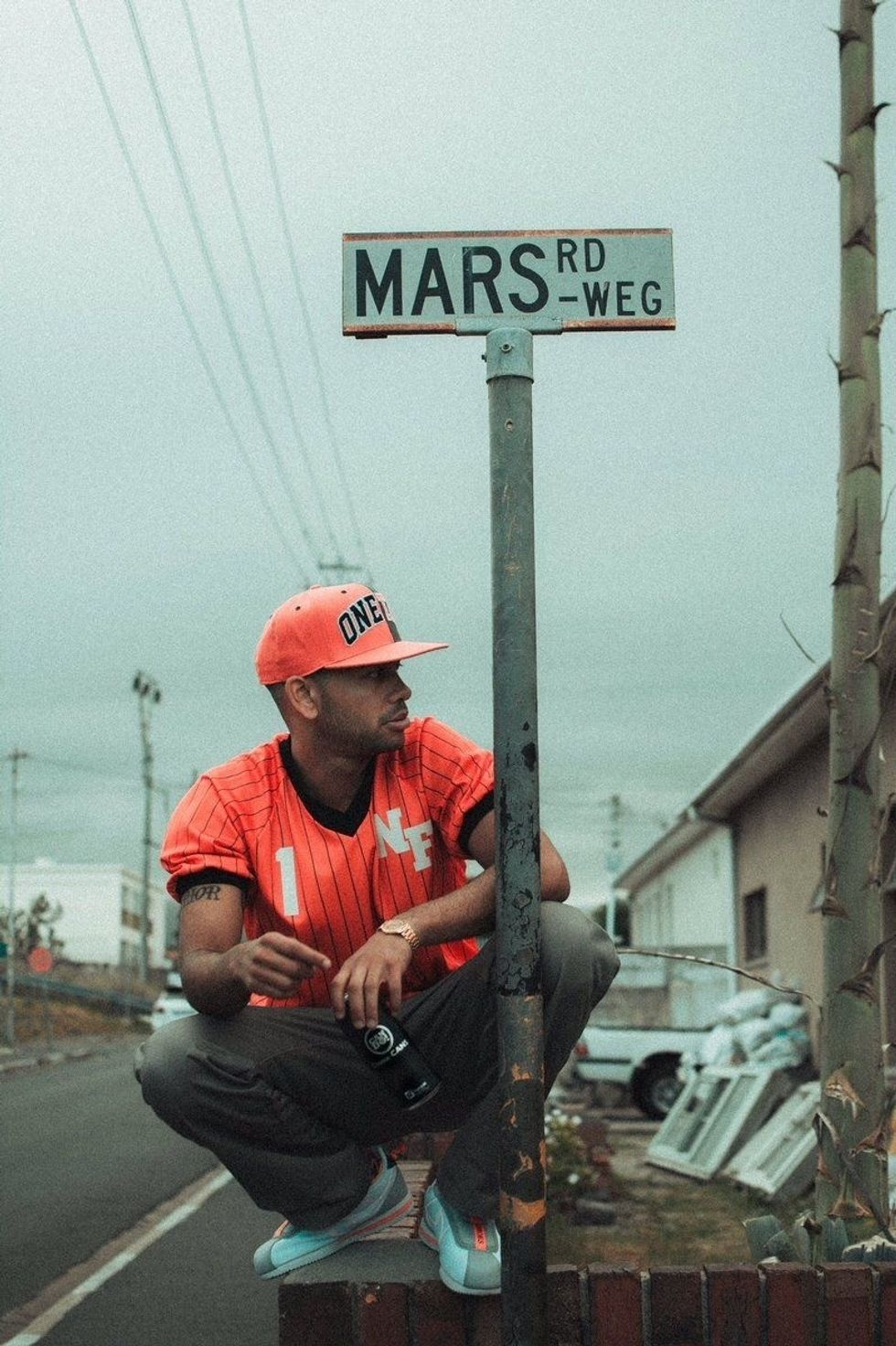 South African lyricist YoungstaCPT's latest video is for the song "YAATIE," the latest single from his upcoming album 3T. By now, from listening to the autobiographical song, you should have gathered that Yaatie is YoungstaCPT's childhood nickname.

The music video for "YAATIE" is fitting, as YoungstaCPT takes us back to his childhood. The video, which was directed by Imraam Christian, was shot in Wittebome, where YoungstaCPT (or should we say Yaatie) was raised.

The video is shot in one-take, and instead of cutaways to tell the story, it shows YoungstaCPT walking down the road from what seems to be his house. Extras add color to the man's walk, as they subtly reenact some of the vignettes he's sharing on the song. The walk could be a metaphor for the youngMC's growth and personal journey.

"YAATIE" is the third song to be available from 3T since the album was announced last year. The first two "V.O.C" and "YVR," just like "YAATIE," are deliberate in documenting the Cape Coloured story and experience from a young Coloured man's perspective—a perspective that's rare in mainstream media where the stories of Cape Coloured people are told by people who have no lived experience or context of Cape Coloured life, and thus reduce a whole race group to a caricature adorned in negative stereotypes.

Judging from the three songs we've heard from 3T and the album's tracklist, it's clear the project will be a journey into the life of YoungstaCPT as he tries to make sense of his surroundings, ethnicity and his place in South Africa today.

Watch the music video for "YAATIE" below and pre-order/pre-save 3T underneath. The album will be available in its entirety this Friday.