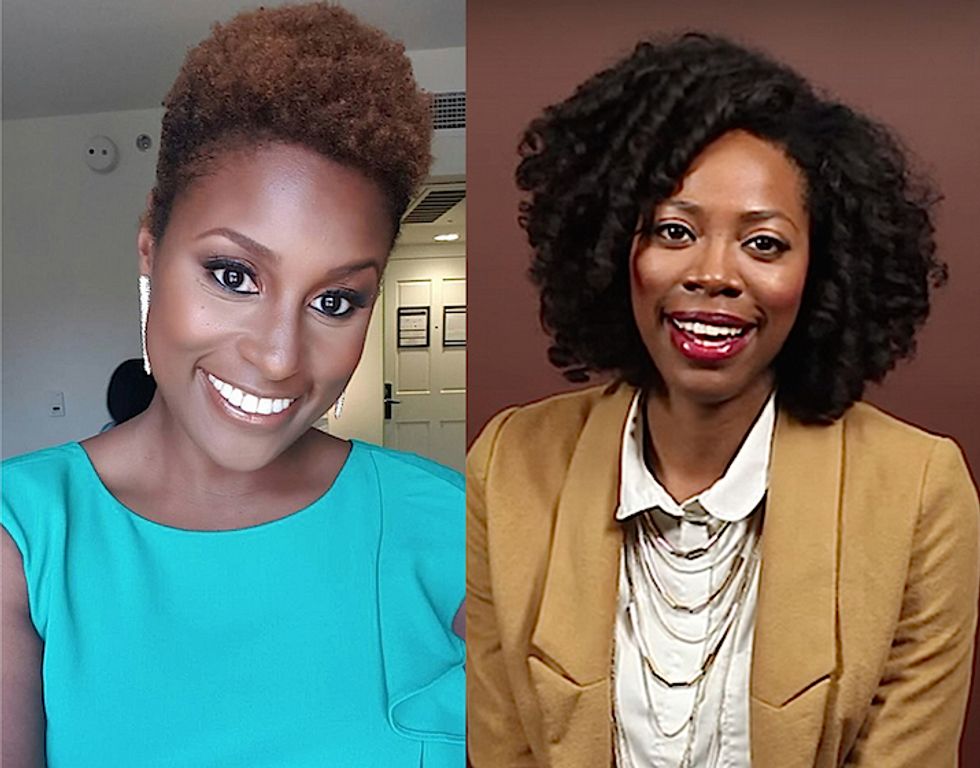 What happens when two innovative digital content creators join forces on one of television's most critically-acclaimed networks? We'll find out soon enough.

According to Deadline, Insecure follows the awkward experiences and racy tribulations of a modern day African-American woman through the eyes of Issa Dee, played by Rae. Orji will play Molly, Issa's best friend. Rae also serves as co-writter, along with The Nightly Show's Larry Wilmore, while music video director Melina Matsoukas (Solange's "Losing You," Rihanna's "We Found Love") is slated to direct.

An ecstatic Orji announced the news on her Instagram page, saying she was overjoyed to work with the "homie" Rae. "I told my mom," Orji added. "And she was really happy and after a beat goes...NOW ALL WE NEED IS TO FIND YOU A HUSBAND!"

Both actresses are first generation children, with Orji's family hailing from Nigeria and Rae's father from Senegal. The Awkward Black Girl star and her family also spent several childhood years living in her father's homeland.

"When we would visit our cousins in Senegal, everything pop culture–wise comes six months to a year later over there," Rae told Chicago magazine in February. "Because I was from L.A., they would ask me if we lived next door to movie stars. And they would all watch Baywatch. We would sit in a circle and watch Pamela Anderson. And then African Americans here would always say, ‘Oh you’re African? Do you have a lion?’ ”

“An interesting shift is occurring where kids of immigrant parents are growing up and discovering America for themselves; not solely through the lens of their parents,” Orji told Shadow & Act. “This opens up a whole new world of opportunities. Until First Gen, we haven’t seen Africans portrayed in mainstream media as regular, everyday people. They’re usually warlords, cab drivers or fleeing genocide. The African immigrant story in America is so much richer than that."