Ziggy Marley On the 40th Anniversary Reissue of 'Exodus' 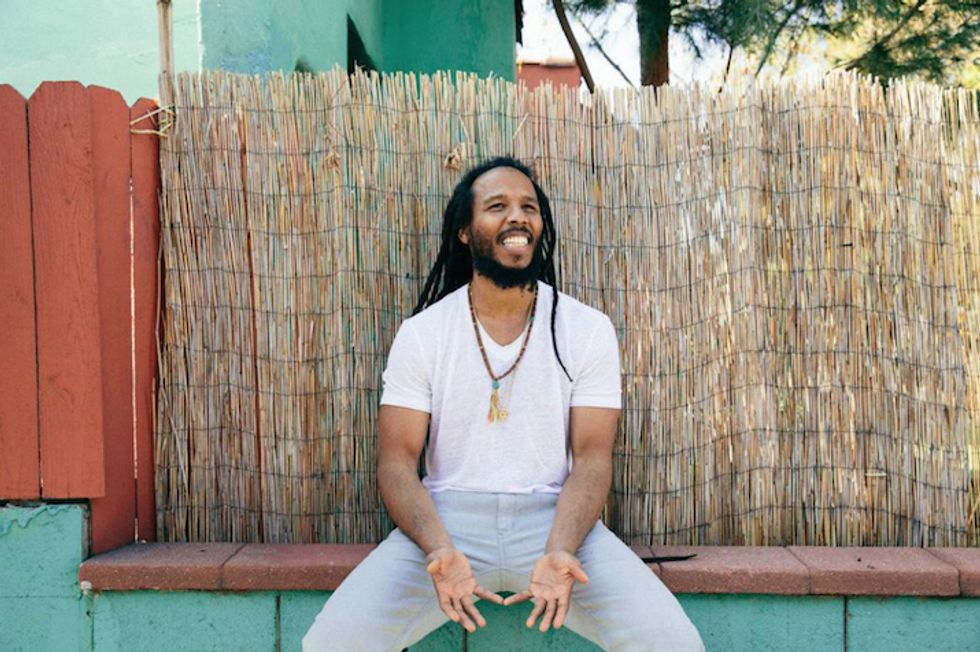 To mark the occasion, the Marley family has released 4 special reissues of the iconic record, one of which is a “restatement” of the original album created by Ziggy Marley.

We spoke with Ziggy over the phone to talk about his process behind revisiting this, nearly untouchable, album.

What sparked the idea to revisit the songs on Exodus?

I came up with the idea because I wanted to give the people that love Bob something else. I didn't want to just give them the same thing they'd heard before. I feel like it kind of refreshes the album and gives it another perspective that some people might not get from the original.

What was your process like behind revisiting these classic songs?

I love the original so I wasn't gonna compete with it, the original is still the best version. That was the first thing on my mind. The next thing was not to change it too much but still use some elements that weren't very present in the mix before.

Did you come across any problems when working on these Exodus tracks?

Yeah, I mean, I was concerned. But I wasn't scared. I just wanted to make sure that I didn't go overboard, keep the integrity of the record, but also keep it to today and listen to it fresh. I didn't listen to the original when doing my mixes

I went through some technical problems of just transferring these tapes to digital. I wish I could've had the tapes fresh, like they were originally, but they'd been stored for so long.

What new elements does your Exodus "restatement" have?

"Natural Mystic," for example—one of the most iconic songs—originally has this very mystical way of starting, but when I listened to the track I decided not to start it the way the original did. Instead I found some pianos that I didn't hear before in the mix and some vocal harmonies that my father had used.

I was finding stuff all over the place when looking through the tapes. I found some synth parts that were really funky and I was like, ‘let’s make this be a lead.' I love that part so much, and I couldn't believe it, because in those days it was unheard of to hear stuff like that [on a synth].

Your father had spiritual and physical ties to Ethiopia and Zimbabwe, among other African countries. What would you say are the African influences on this album?

Most of my father's music has African elements or influences. One of them is the hand drumming, which people don't realize is part of the sound because its so subliminal. It's been a part of his music ever since.

Two years ago you selected your favorite Fela Kuti songs for the relaunch of Fela.net.

Me love Fela. I love him as a musician, as a person, as a character. Bob and Fela remind me of two very unique people, but with similarities in terms their aura, their stance and independence. The two of them are beautiful.

What are your favorite places to visit in Africa?

I love Ghana, Ethiopia, Zimbabwe... I love it all. I was there during the 2010 World Cup for the Marley Africa Roadtrip but I haven't had the chance to go back since.

Stream the Exodus 40th anniversary reissue below, which is available now.